Taylor said: “Out there today, we are all experiencing the warm air, at least in the mid to high teens. Some of us will see 25C in the southeast corner.

“That warmth in the south will also last until Sunday. As we head into Monday, north-easterly winds develop and eastern coast temperatures will drop to single figures. It will feel quite raw.

“But today, the sunniest conditions will be in the south-east, which will see 24C, maybe even 25C is possible.

“We have lost the breeze we had yesterday so it will feel a touch warmer across the country.” 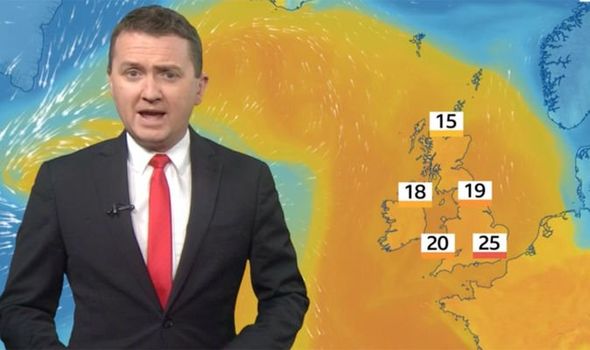 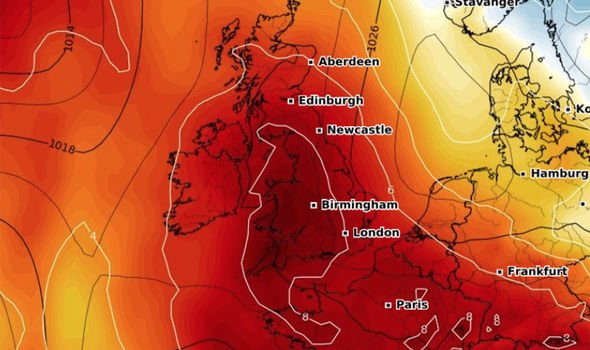 He added: “Overnight tonight, it won’t be a cold night. We have clouds in place so no chance of a frost.

“Into the weekend, some heavy, even thundery showers across Wales and some southern counties of England.

“Temperatures again will climb to 25C maybe even 26C particularly in the south. It will start to feel a little bit cooler across Scotland on Saturday as the northern wind sweeps in.

“There will be more cloud on Easter Sunday. As rain clouds move in from Ireland, we could see some thunderstorms develop across southern England – some of those could become quite intense. 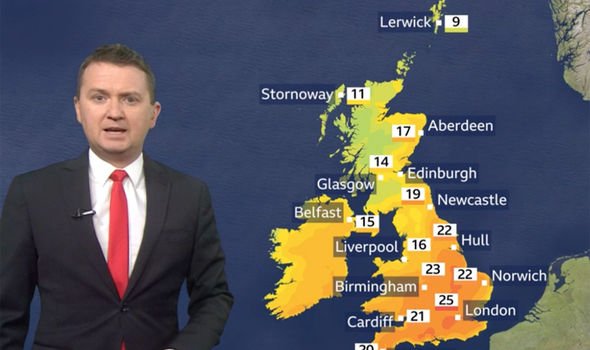 “Temperatures will be dropping more widely in the north and that trend continues into Easter Monday.

“Cold air will be brought from Sunday night into Monday. It will feel raw and much colder than the temperatures suggest.

“So in all, a big turnaround is on the way. Temperatures will drop around 10C cooler between today and Monday.” 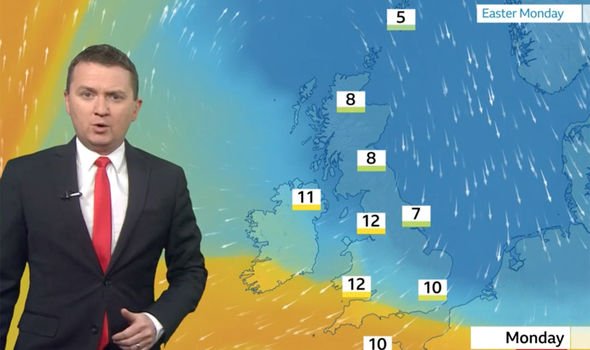 The Good Friday temperature forecast for 24C – 25C would smash a 110-year-old record in Devon, which has not seen temperatures past 23.9C at Easter since 1909.

Despite the warm weather, people have been warned that the coronavirus lockdown remains in force.

Britons have been urged by the Government not to leave their homes to sunbathe this weekend.