BBC Weather forecaster Matt Taylor warned the hot conditions will sweep across the country overnight on Thursday, making for a humid and hot start to Friday morning. Temperatures are then set to reach up to 26C for many in the south and consistent spells of sunshine will be enjoyed by people across most parts of the country. The weather forecaster said: “Through this evening and overnight we’ll have another fairly mild one but a wetter night across Scotland and eventually into north-west of Northern Ireland.

“Splashes of rain for southern parts of western Scotland but just notice the temperatures into tomorrow morning.

“Some places, particularly in the south and east will reach 16 or 17C as we start tomorrow.

“So it will be a pretty humid and mild start to tomorrow across England and Wales especially.

“The humidity comes from rain across Scotland and Northern Ireland, occasional rain coming and going.

“Spreading through the far north of England and the Isle of Man as we go through the afternoon.

“Brighter skies towards the north and west of Scotland later on but with colder air temperatures will be around 15C and 17C. 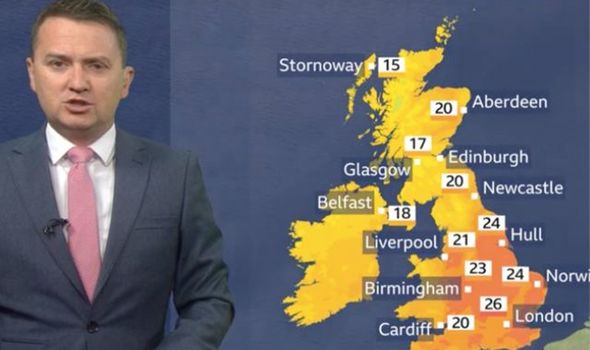 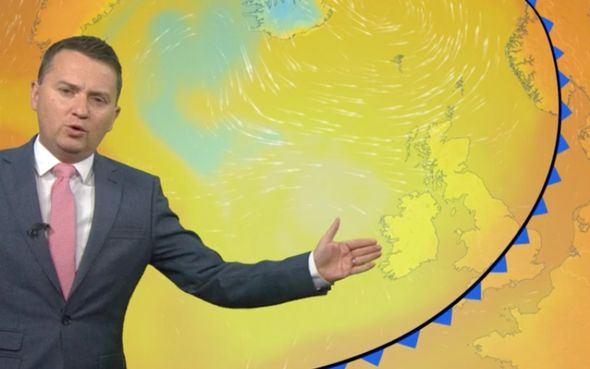 “A pretty warm day though across central and southern England and Wales. Temperatures will reach up to 26C in the south-east corner.”

The warm weather and bright sunshine is set to continue into the following week, as an area of high pressure moves in from the Azores – and is expected to last through the end of the month, forecasters claim.

Netweather forecasts expect the week commencing July 20 to be characterised by dry sunny weather in the south of England and Wales.

The mercury will be driven up by an area of high pressure that will move across the south, from the Azores.

The best of the sunshine is expected to be seen from Friday, July 24 and into the weekend.

Forecasters expect temperatures to settle in the mid-20s for the south of the UK, though other parts – particularly the northwest, could see showers and strong winds.

Sunday, July 26 will see warmer weather for most of the UK however, with temperatures rising to 22C in Scotland and Northern Ireland, as well as across England and Wales.

Netweather said: “During this week, high pressure will generally be close to the British Isles, ridging into southern and western areas from the Azores, but there will be a generally westerly or northwesterly flow on the periphery of the high pressure area, and there is also potential for one or two chilly northerly blasts.

“As a result, it is not expected to be particularly warm during this week, but there will probably be plenty of dry sunny weather in the southern half of England and in south Wales.” 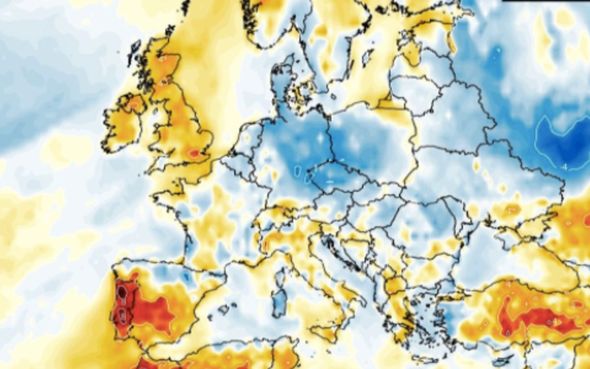 Sunshine in the south is expected to be above normal during this period.

Netweather said: “Sunshine totals are expected to be above normal in central and southern parts of England and in south Wales, but mostly near normal elsewhere, and will probably be below normal in the north and west of Scotland.”

The Met Office predicts temperatures will be “very warm” at times in the south during the same period.

Forecasters expect next week to be characterised by settled conditions for many central and southern areas, including several dry and sunny spells.

Next week’s weather will be a continuation of the heatwave expected later this week, with the mercury expected to reach as high as 29C in some areas.