BBC meteorologist Susan Powell noted that a big area of high pressure is continuing to hold fast in the centre of Europe at the moment. She told viewers that this had led to a large area of clear skies. However, the weather presenter also noted that around its periphery, weather fronts are trying to “muscle in”.

Ms Powell said: “We will see some cloud passing across Scandinavia courtesy of weak weather fronts on Thursday.

“This front gets a bit of a new lease of life as it heads across towards western Russia.

“Some rain will arrive eventually for Moscow with cooler air following in too.

“This low is proving slow to clear from the eastern end of the Mediterranean.” 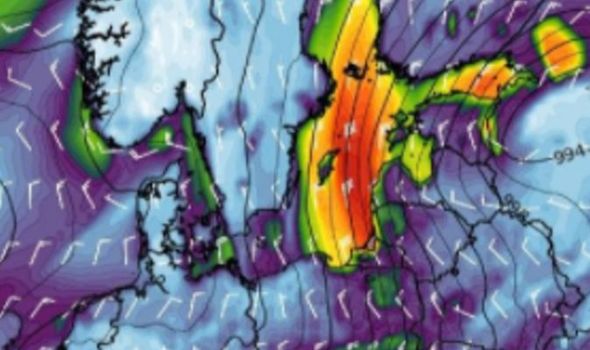 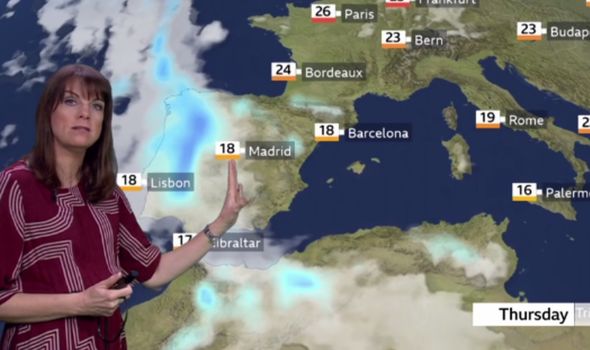 She continued: “There’s still more wet weather to come for Turkey on Thursday.

“It’s much quieter as we make our way across the Balkans, Italy, Sardinia and Corsica.

“But then our next front trying to come in from the Atlantic will feed quite a lot of cloud into western Spain and Portugal.” 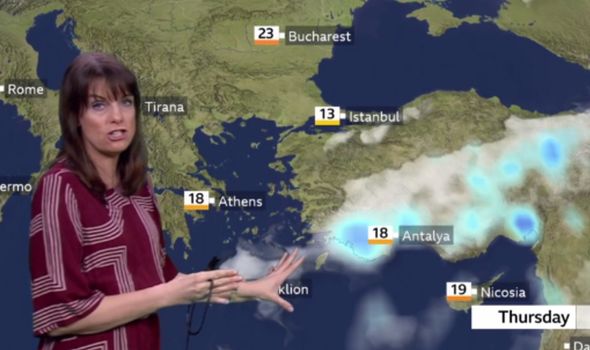 The BBC presenter added: “There’ll be some rain around here too.

“The front tends to weaken but still sticks around here for Friday.

“Elsewhere, it’s a much drier picture as we look to Turkey.” 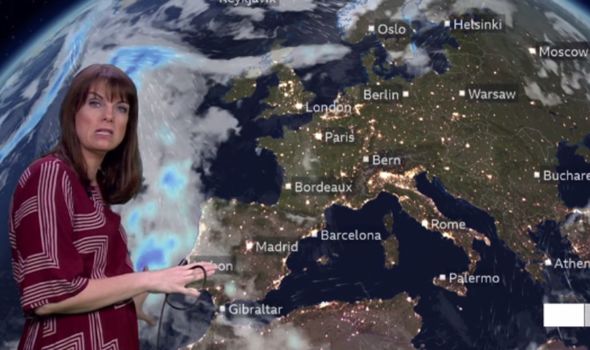 Ms Powell also told viewers: “It will be much cooler in Moscow behind that weather front.

“It stays quite unsettled to the north east of Europe in the next few days.

“Meanwhile towards the northwest, there’s quite a bit of warmth as that high clings on, at least until Saturday for the likes of London and Paris.

“But in Moscow, it’s down to just 5 degrees by the time we get to Saturday.”