Much of the UK is looking at quite a cloudy day with some rain, showers and brisk winds, according to BBC meteorologist Carol Kirkwood. The weather presenter also warned BBC Breakfast that from tomorrow onwards, it is going to turn that bit drier and remain chilly. She said there is going to be some drizzle coming out of the thicker cloud.

“The great big arc weather front is producing rain at each end in the south and the north.

“It has been producing some rain through the course of the night, nothing too heavy.” 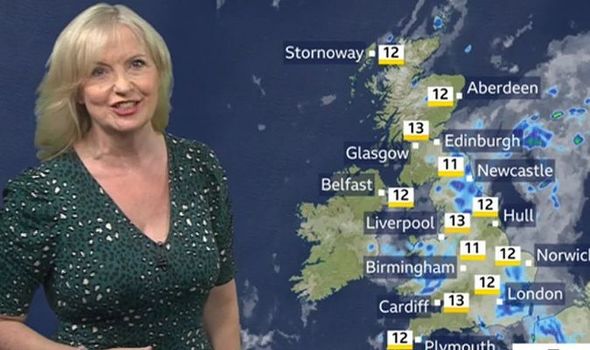 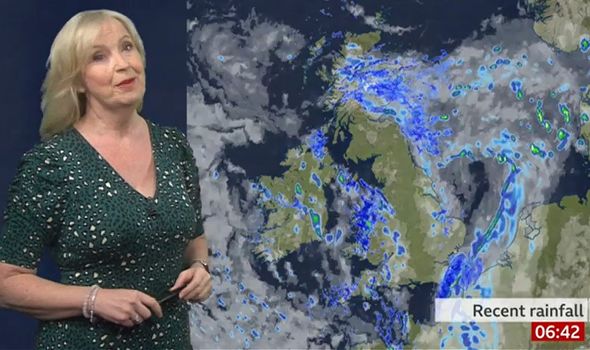 She continued: “As we go through the course of the day we see we hang onto a fair bit of cloud.

“Some of us will see some sunshine while the rain in Scotland will sink further south across northern England.

“The rain in East Anglia and Kent, which has been heavy in Kent, is going to be drifting a bit further west.

“But the showers we currently have are pushing down towards the Channel Islands so it will brighten up later across southwest England.” 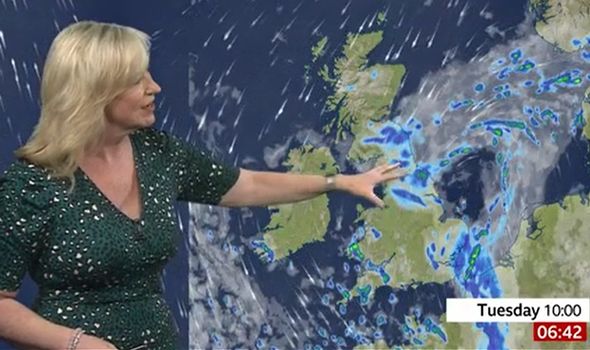 The BBC presenter added: “For Northern Ireland, after a cold start, we’re looking at some sunshine.

“The cold start will be getting down to freezing in many parts this morning.

“Though temperatures will pick up, we’re looking at highs between 10 and 13.” 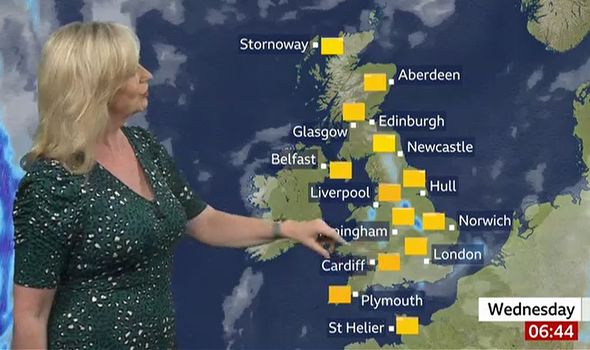 Ms Kirkwood said: “When you add on a brisk wind, it will feel a bit chillier than those temperatures suggest.

“Through this evening and overnight, we’ll still have some rain coming across the north of the country.

“There’ll be some showers in the south but equally some clear skies around.

“In the shelter in Scotland and Northern Ireland, we could well see temperatures dip low enough for a touch of frost.

“Eventually, by the end of the week, we will say goodbye to our low pressure and things will become more settled.”