The hot weather will be courtesy of warm air coming from the southern continent and it will bring plenty of sunshine across the whole country. Carol Kirkwood said isolated clouds could produce one or two showers but sunny spells will dominate the weather for the day. She said: “High pressure is still firmly in charge, keeping weather fronts at bay for now. But it’s also pulling up all this very warm air from the near continent across the board.

“So first thing this morning it is a mild start for most. A little chillier across Wales, the Midlands and also the west country – for you temperatures are around 5C to 6C, for the rest of us they’re in the high single figures or the low teens.

“We’ve also got some mist and fog across parts of the west.

“That will tend to lift through the morning, but it will linger in the west-north of Scotland.

“But apart from that, it is going to be sunny, hazy at times and a bit cloudy in East Anglia in the afternoon which could produce an isolated shower but that really will be the exception.

“Anywhere from southern east Yorkshire down to the east coast, East Anglia and the south-east we can hit that figure of 28C, possibly 29C. 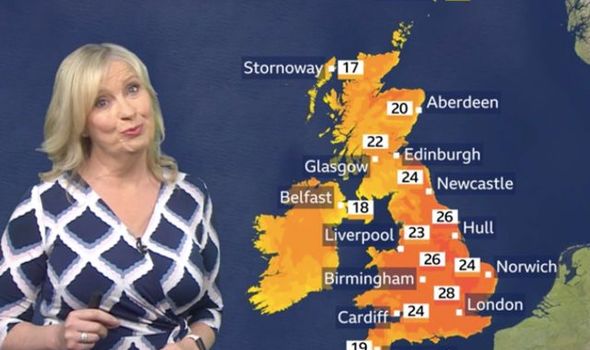 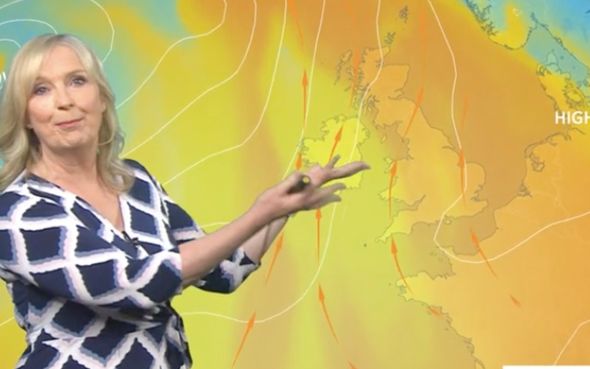 “Widely, we’re looking at the low to the mid-20s. Across the west, it will be a little bit cloudy at times, which is why temperatures for you aren’t going to be quite as high, but nonetheless for this time of year it will still feel very pleasant.

“Needless to say, with all this sunshine, UV levels are high across most of the UK.”

According to the Met Office, Wednesday is expected to be the hottest day of the year before thunderstorms make their way to some parts of the UK on Thursday.

Oli Claydon, a spokesman for the Met Office, told Express.co.uk the Met Office are expecting the warmest day of the year on Wednesday.

Mr Claydon said: “We’re expecting the warmest day of the year so far, with 27 to 28C possible in the South East.

“There is also a small chance of potentially reaching 29C.”

By Thursday however, some regions of the UK could see thunderstorms with potentially heavy rainfall.

Mr Claydon added: “As we go into Thursday there is a cold front approaching from the east but it fizzles out mostly, but what that will mean is by the start of Thursday morning there will be a little bit of rain moving into parts of Northern Ireland and the west coast of Scotland.

“And it will also bring some further cloud into the southwest of England and into Wales as well. 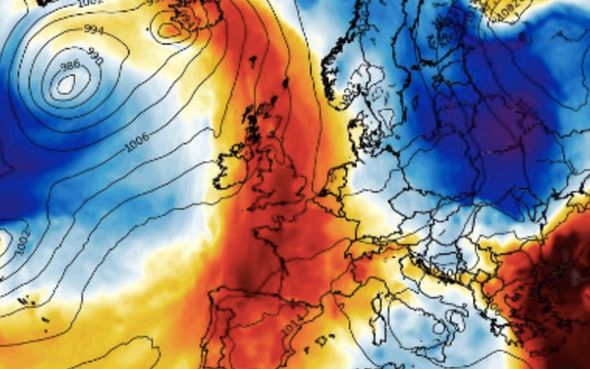 “Further south there is unlikely to be any rain because it will fizzle out, but some rain further north.

“The main feature to be aware of through Thursday is actually the risk of thunderstorms in parts of southeastern England and the east of England as well.

“In parts of the west though there will still be some brightness, so once that rain has moved through in the morning Northern Ireland will see a pretty bright day with a little bit of cloud and not much in the way of rainfall once it’s moved through, so the east seeing the majority of any rainfall on Thursday.”

Temperatures on Thursday are likely to hit as high as 25C in London, 21C in Leeds, and the high teen’s in Scotland.

By Friday an area of low pressure will begin to approach from the west, going to the northwest of the UK, bringing some rainfall and increased wind speeds.