BBC meteorologist Nick Miller told viewers there was some stormy weather affecting parts of Europe at the moment, particularly through the Mediterrenean. However, he also noted that there is a lot of dry weather to be found further north. The weather presenter pointed to a satellite picture that revealed a huge amount of cloud is going to show up.

Mr Miller said: “It’s high pressure in control, it is dry and it’s not actually sunny for many as well.

“There’s a weather front which has stuck close to northern Scotland into Norway.

“The focus is cloud and some rain. 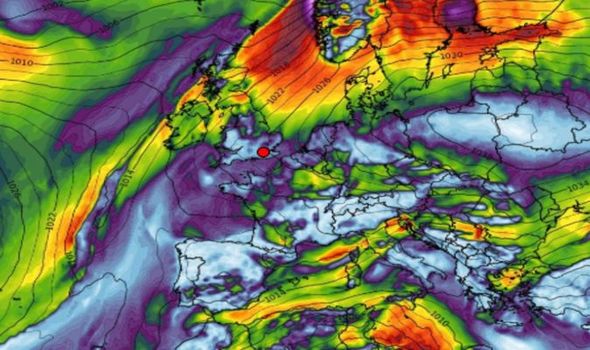 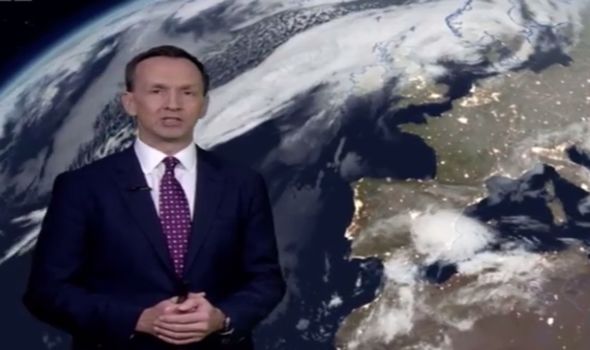 He continued: “There’ll be some rain and some mountain snow.

“It may be dry for many of us into Turkey.

“But then we get into some pretty stormy weather, increasingly affecting southern Greece, parts of Italy through the Adriatic coast.

“It will be very windy with some gusts up to 140kmph in places particularly on the Croatia coast.” 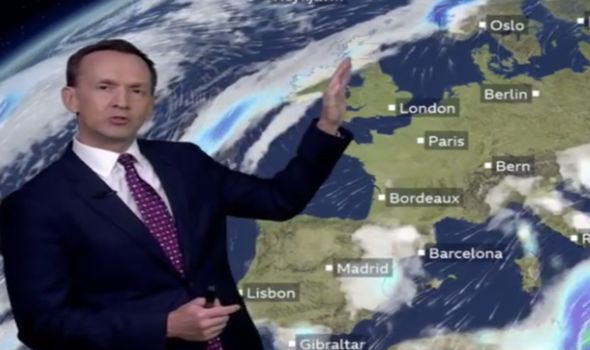 The BBC presenter added: “We’ve got a lot of snow falling for some of us here.

“Relatively modest hills through parts of Italy and the Balkans, all beginning to ease away.

“As we take a look at the picture into Thursday, there’s still some very heavy rain affecting parts of Italy and increasingly so into Greece.” 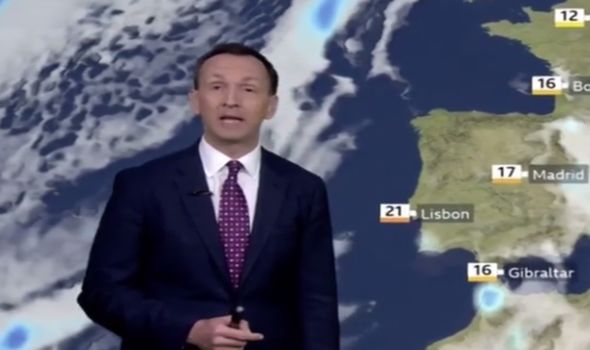 “North of all of that, there’s still plenty of dry weather to come.

“That’s the situation in London, but it will cool down both here and in Paris by the time we get into the weekend.

“The weekend is looking rather cold for the time of year.

“That cold air looks like it may be on the move to the south as well.”