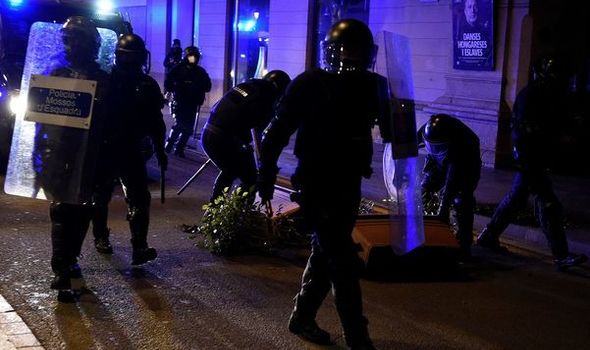 Several banks have been destroyed and burned along La Rambla in the Spanish city as protesters clashed with police. According to local officers, two people have been detained so far. One of the attacks took place at the Rambla Urban Guard police station, which was protected by officers and several police vans at the door.

One of those vans has also been burned.

According to Mossos, the protesters also looted some shops.

Today’s march is the latest in a string of clashes between police and the Spanish public over the last week.

The riots took place when the march entered the Raval district and later La Rambla.

These protests come after Mr Hasel was imprisoned over issues of free speech after he was jailed over controversial lyrics and tweets.