As fatalities and the number of coronavirus patients soar in Spain, football club cuts salaries of players and staff. 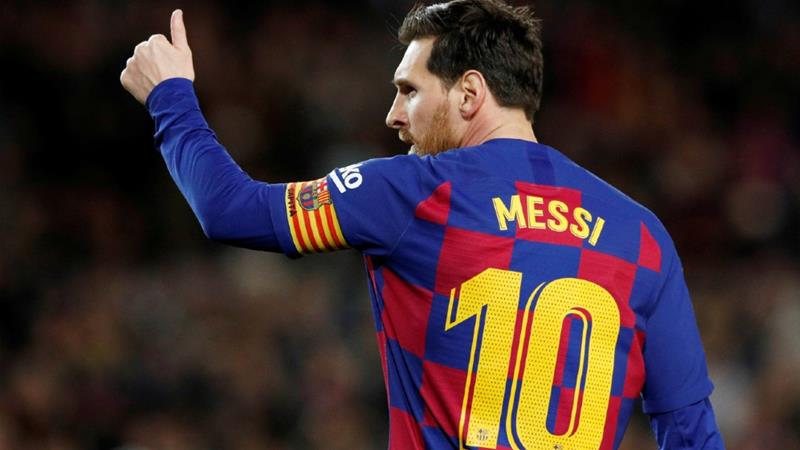 FC Barcelona is taking measures to cut the wages of its players and staff to reduce the economic effects of the coronavirus crisis, the club said on Thursday.

All professional players at Barcelona, including Lionel Messi, as well as non-playing staff, will face a compulsory wage reduction during the period of lockdown, the club’s directors decided at a board meeting held via video conference.

Spain was put into lockdown on March 14, with citizens allowed to leave their homes only for essential business.

Spain is Europe’s second-most affected country behind Italy, with the death toll – after officials announced a further 769 fatalities on Friday – nearing 5,000. More than 64,000 people have tested positive for the virus.

“Among the measures adopted, it’s worth noting those related to the workplace are motivated by the need to adapt the contractual obligations of the club staff to the new and temporary circumstances that we are experiencing,” Barcelona said in a statement.

“It is a reduction of the working day, imposed by the circumstances and the protection measures carried out, and, as a consequence, the proportional reduction of the remuneration provided for in the respective contracts.”

Meanwhile, the club has made its facilities available to the Catalan government’s regional health department.

“We are a very long way from normality in football, as well as in all aspects of life,” said Al Jazeera’s sport correspondent Lee Wellings.

“It’s only a situation of this enormity that you can start to imagine any football club telling their star player they are enforcing a wage cut. But the circumstances have been so overwhelming that there seems an inevitability to such a move.

“It’s common sense financially, and sends out the right message to the fans and the world.

“La Liga clubs have stepped up their service to the community, including making facilities available to local health departments and contacting and helping supporters over the age of 80.”