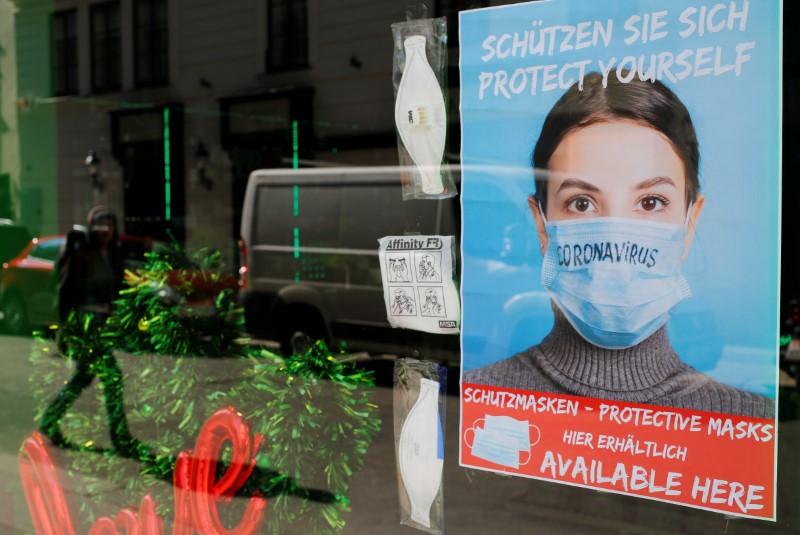 VIENNA (Reuters) – Austria will require shoppers to wear basic face masks in supermarkets in a bid to slow the still too-rapid spread of the coronavirus, Chancellor Sebastian Kurz said on Monday.

Austria has closed schools, restaurants, bars, cultural venues and other gathering places, including non-essential shops. People have been told to stay at home and work from there if possible.

The country has reported 108 deaths and more than 9,000 cases so far, fewer than its neighbors Italy and Switzerland and within its health system’s capacity for now, but Kurz said its intensive care capacity could be exceeded by mid-April.

The so-called MNS masks are below medical grade and aimed at preventing the wearer from spreading it to others by coughing or sneezing, he said, adding: “Currently the infections are far too high.”

The masks will be handed out probably from Wednesday.

Austria is also carrying out tests on a representative sample of 2,000 people to get a clearer understanding of how much of the population has been exposed to the virus, Kurz said, adding that Austria was one of the first countries in Europe to do so. The results will be available at the end of the week.