Prime Minister Scott Morrison says only 4,000 Australians will be allowed in each week and they must pay for quarantine. 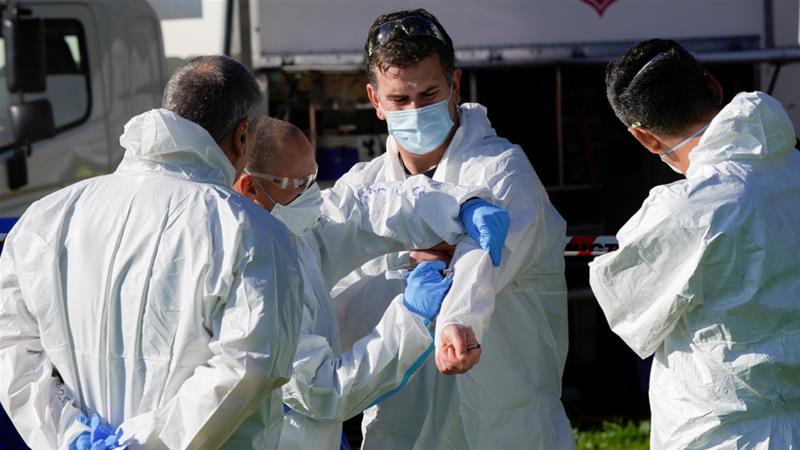 Australia will halve the number of citizens allowed to return home from overseas each week, Prime Minister Scott Morrison said on Friday, as authorities struggle to contain a COVID-19 outbreak in the country’s second-biggest city.

Australia has allowed only citizens and permanent residents to enter the country for nearly four months, requiring them to complete a 14-day quarantine in hotels paid for by state governments.

Morrison said that from Monday only 4,000 people would be allowed to return each week and they would also have to pay for their quarantine.

“The decision that we took … was to ensure that we could put our focus on the resources needed to do the testing and tracing and not have to have resources diverted to other tasks,” Morrison told reporters in Canberra after a meeting of the national cabinet.

The restrictions follow the imposition of a new lockdown in Melbourne – the capital city of the state of Victoria – after a surge in coronavirus cases linked to social distancing breaches in quarantine hotels.

Some five million residents will have to stay at home over the next six weeks except for essential activities, and other states have closed their borders with Victoria.

On Friday, state premier Daniel Andrews said 288 cases had been confirmed in the previous 24 hours, the highest since the start of the pandemic. There was also a surge in testing with 37,588 tests performed.

Andrews described the new cases as concerning and the state was facing a significant challenge to address the outbreak. As a result, he said the state would no longer be accepting any international arrivals “for the foreseeable future”.

The authorities sealed off some 3,000 people living in nine public-housing towers in Melbourne at the beginning of the latest outbreak, but after a testing blitz has now relaxed the lockdown in all but one of the towers leaving residents under the same restrictions as elsewhere in the city.

Testing showed 158 residents had the virus. About one-third of those were in one tower, where everyone is being forced to self-isolate for nine more days.

“This is us saying: ‘We’re here with you all the way through what will be a very traumatic, a very distressing and a very difficult time for all Victorians,'” state Treasurer Tim Pallas said in a televised media conference.

Even with the latest outbreak, Australia has done relatively well in controlling the novel coronavirus so far, with about 9,000 cases and 106 deaths.