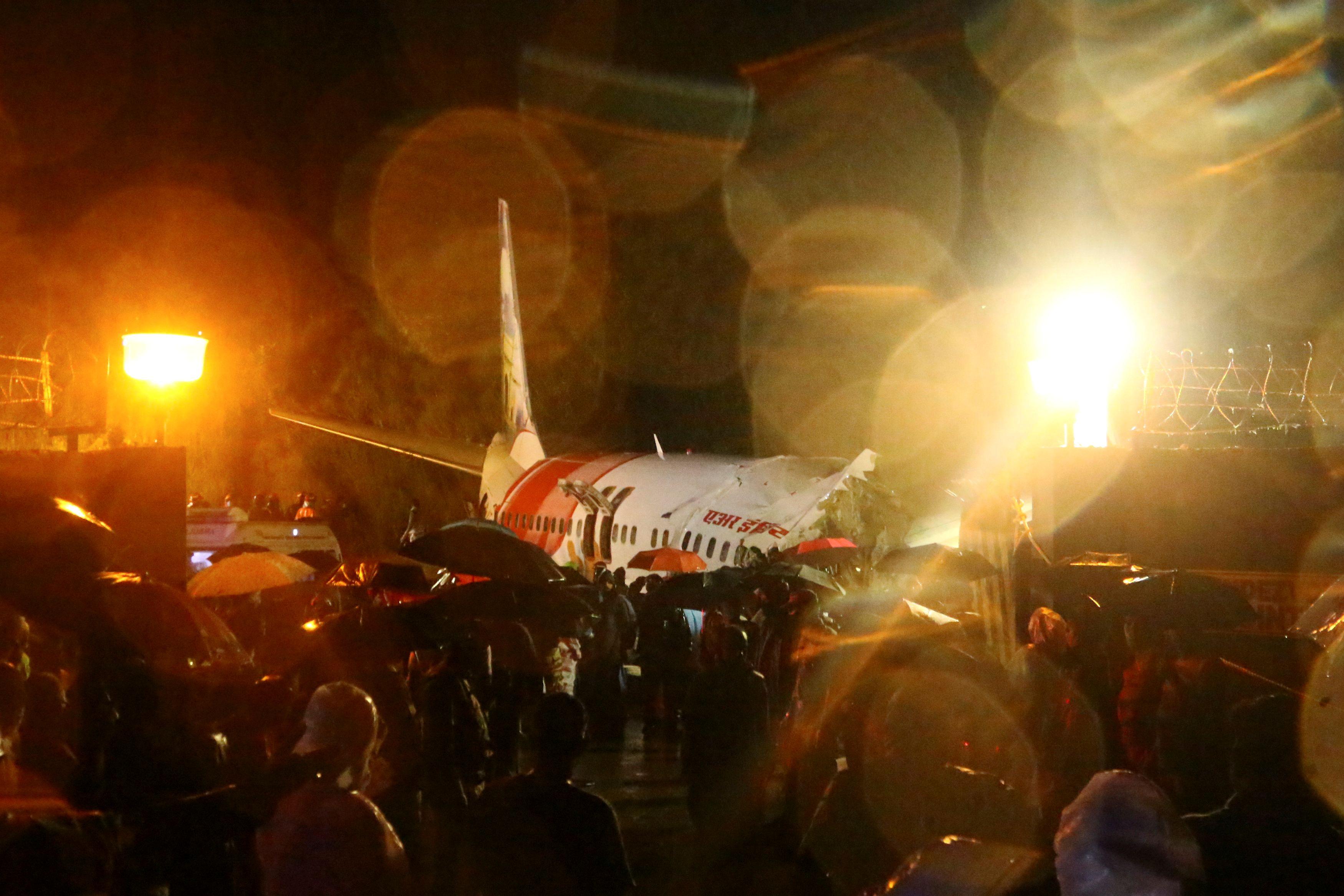 CHENNAI (Reuters) – At least 15 people were killed and dozens injured when an Air India Express passenger plane overshot the runway and broke into two after landing in the southern city of Calicut in heavy rain on Friday, officials said.

The Boeing-737 flight from Dubai was flying home Indians stranded overseas due to the coronavirus pandemic. There were 190 passengers and crew on board, the civil aviation ministry said in a statement. Among them were 10 infants.

Television footage showed rescue workers moving around the wreckage in pouring rain. The aircraft lay split into at least two chunks after he plane’s fuselage sheared apart as it fell into a valley 30 feet below, authorities said.

Media reports suggested that the plane skidded off a runway, crashing nose-first into the ground.

The Kerala state police chief said at least 15 people had been killed, with at least four passengers stuck the wreckage.

The civil aviation ministry said in a statement there was no fire on board.

Local TV news channels showed passengers, some of them lying motionless on stretchers, brought into a hospital surrounded by health workers wearing masks because of the COVID-19 pandemic.

Air India Express AXB1344, was a repatriation flight operated by the government to bring Indians home during international travel restrictions due to the spread of the novel coronavirus. Millions of Indians work in the Gulf.

“Pained by the plane accident in Kozhikode” Prime Minister Narendra Modi tweeted referring to Calicut’s new name. “My thoughts are with those who lost their loved ones. May the injured recover at the earliest,” he said.