An armed man in camouflage was easily spotted and arrested at a polling station in Charlotte, N.C., amid concerns of voter intimidation on Election Day.

Justin Dunn, 36, has been charged with second-degree trespassing for loitering outside the polling site, according to the Charlotte-Mecklenburg Police Department. He was legally carrying an unconcealed firearm, police say.

The man had already cast his vote and refused to leave, police said. Officers showed up around 10:40 a.m. and convinced him to leave, but he went back to the site after noon, WBTV reports.

Multiple videos from the scene show a red-bearded man sitting on a chair with his dog outside the polling site. 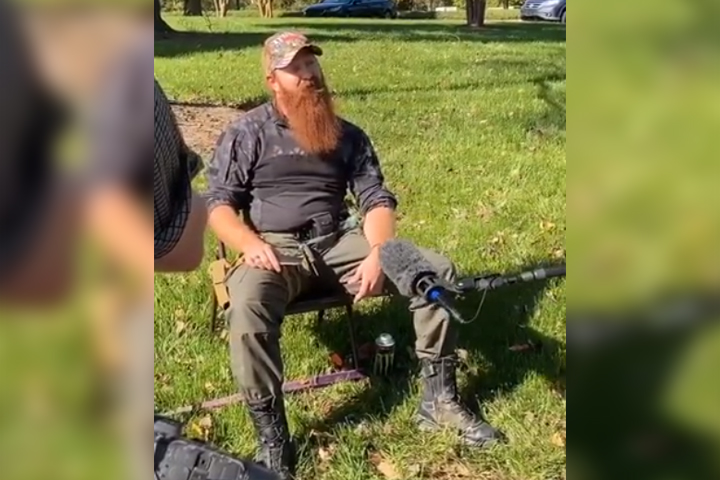 In one video he identified himself as “Justin,” complained about Black Lives Matter T-shirts at the site and claimed that he had been harassed. He also declared himself a supporter of U.S. President Donald Trump.

“I’m just outside here to make sure the election judge knows what is and is not legal for this precinct,” he said in one video. He also claimed he was trying to “make a stance” and prove he “will not be intimidated.”

Another video shows him being led away in handcuffs.

Police said they are committed to making sure everyone can “engage in safe, secure and unimpeded access to voting sites.”