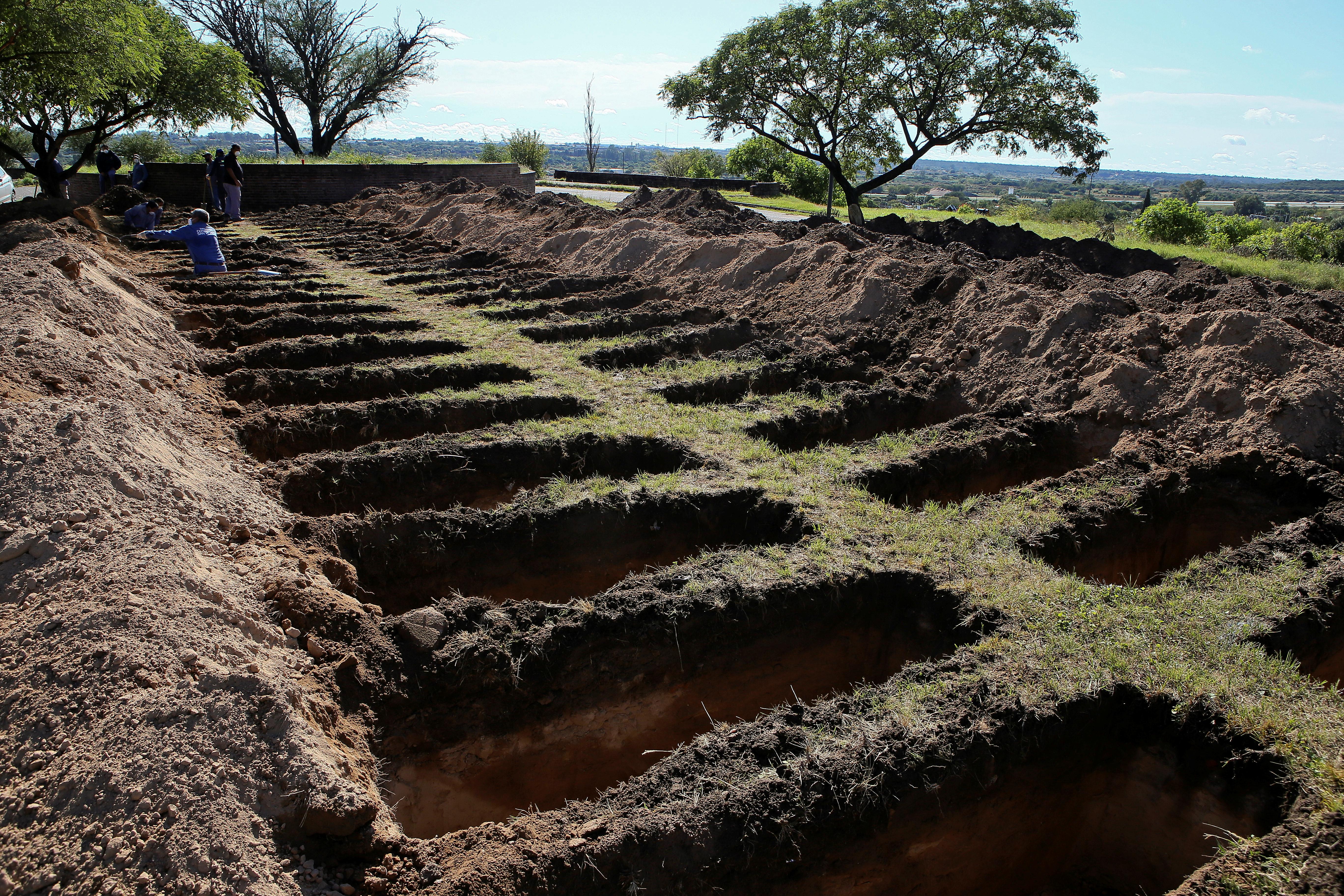 BUENOS AIRES (Reuters) – A city government in the central Argentine province of Cordoba has dug around 250 graves, anticipating a death toll increase from the coronavirus pandemic, even as a nationwide lockdown appears to be flattening the rise in new cases.

Gravediggers at the cemetery in San Vicente on the outskirts of the provincial capital now plan to add a further 250 burial plots in the coming days, the local union that represents the workers who carried out the job told Reuters.

“They went from digging five or six pits per day, which is the usual amount, to digging more than double that,” said Damián Bizzi, press secretary of the Union of Workers and Municipal Employees of Córdoba.

The labor underscores how countries are bracing for worst-case scenarios and to keep up with the impact of the pandemic, which has led to over 1.8 million confirmed infections globally and caused at least 115,242 deaths.

Argentina itself moved aggressively to combat the spread of the virus, with a nationwide lockdown in place since mid-March. Its closed borders helped to slow the rise in confirmed cases, which now include over 2,200 reports with 95 deaths. (Graphic: reut.rs/2yucH11)

The major province of Cordoba, which is the second most populous after Buenos Aires, has reported at least 206 confirmed cases of the coronavirus and five deaths, making it the most impacted region after the province of Buenos Aires and the capital city of the same name.