The tombs were shaped like beehives, and date back to around 3500 years ago. The excavators were blown away by the discovery, saying it cast new light on life in ancient Greece. Archaeologists from the University of Cincinnati announced their findings at the site in Pylos, southwestern Greece, in Athens in December 2019. The 18-month long search led to the unearthing of valuable objects such as a gold ring engraved with two bulls surrounded by sheaves of grain, as well as a gold pendant depicting an Egyptian goddess who protected the dead.

Jack Davis, head of the classics department at the University of Cincinnati, said the ring’s engraving is “an interesting scene of animal husbandry — cattle mixed with grain production.

“It’s the foundation of agriculture”.

He added: “As far as we know, it’s the only representation of grain in the art of Crete or Minoan civilisation.”

The tombs were surrounded by flakes of gold, indicating that those buried were of wealth and high status. 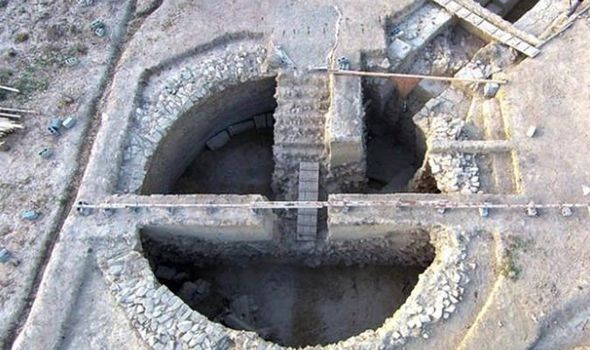 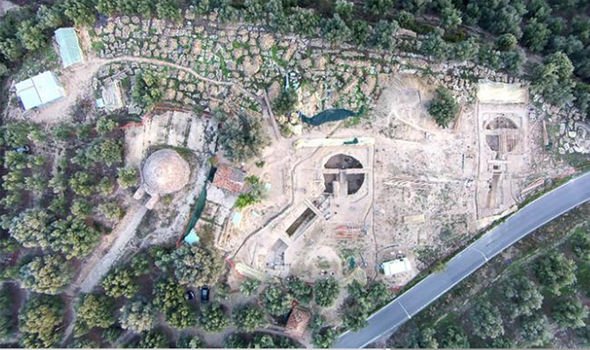 The gold was found on the floor, but the experts believed it would have once covered the walls as a decoration.

Mr Davis and fellow archaeologist Sharon Stocker first found the tombs in 2018 while investigating an area around the grave of the “Griffin Warrior,” which they uncovered back in 2015.

The “Griffin Warrior” is named after the mythological animal — half-eagle, half-lion — engraved on an ivory plaque discovered in the grave alongside gold jewellery, armour and weaponry.

Mr Davis said that early into the research it “became clear…that lightning had struck again.” 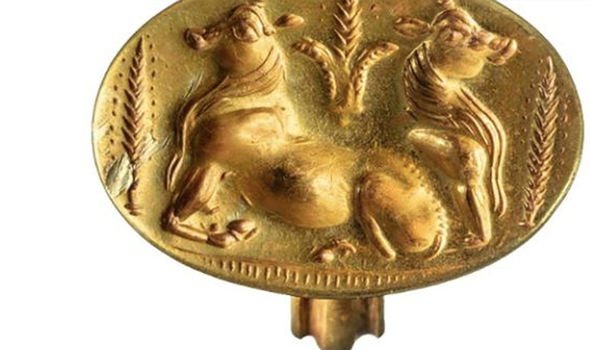 He said: “It has been 50 years since any substantial tombs of this sort have been found at any Bronze Age palatial site. That makes this extraordinary.”

The site was difficult to excavate because of the need to remove an estimated 40,000 stones, caused by the collapse of the tombs’ domes in antiquity — a factor that helped to protect it from looters, according to a statement from the Greek Ministry of Culture and Sports.

Stocker said the excavation “was like going back to the Mycenaean Period,” the era from which the tombs date.

The team from the University of Cincinnati used digital mapping to help document and locate the objects in the tomb. 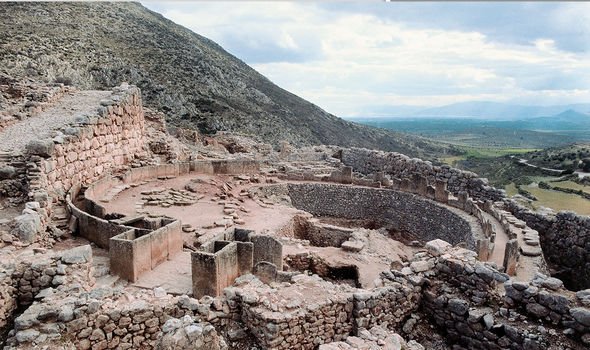 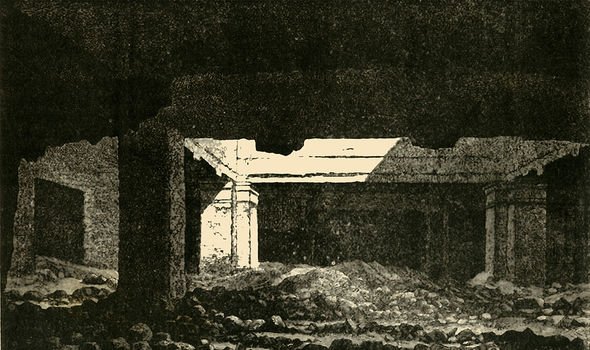 The tombs lie close to the Palace of Nestor — named after the Greek king mentioned in Homer’s “Iliad” and “Odyssey” — which was discovered in 1939 by Carl Blegen, a classics professor at UC.

Blegen had wanted to continue his work in the field where the princely tombs were found, but he was unable to gain permission from the property owner at the time.

This plot was acquired by the Greek Ministry of Culture and Sports in 2018 and made available for excavation, according to a statement from the ministry.