The German Chancellor has hit back at local leaders in the country for not backing her tough coronavirus restrictions. Mrs Merkle took part in a marathon six-hour meeting with Germany’s 16 state leaders to urged them to do more to stop the resurgent virus. It comes as across the EU countries have reported their highest ever daily tallies of new virus cases, and as deaths begin to climb back to spring levels.

Behind closed doors, Mrs Merkel was outraged with the local leaders for refusing to implement restrictive new measures to curb the virus.

Germany’s federal system allows state Government stocks override the Chancellors measures, and gives them the final say in whether to implement new laws.

Mr Merkle said she was “not happy” with the leaders’ refusal to accept curfews and a limit on gatherings.

She added: “What you’ve agreed is not enough to avert disaster.” 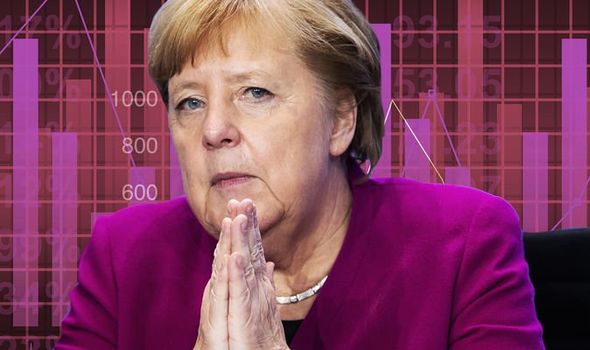 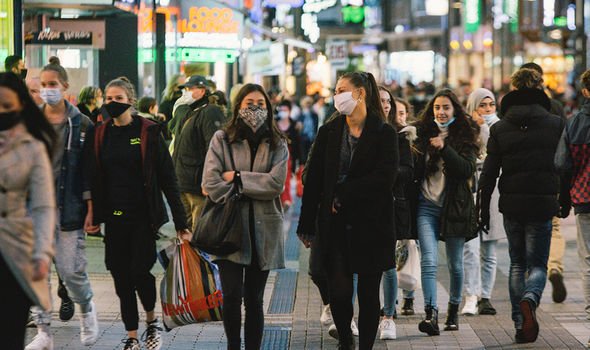 The state leaders agreed to an 11pm curfew on bars and restaurants, along with a 10 person limit on social gatherings.

The leaders also agreed to make the use of face masks compulsory in busy outdoor areas.

She said: “If you ask me what it is that worries me, it’s the exponential rate of increase.

“We have to stop that. Otherwise this won’t end well.” 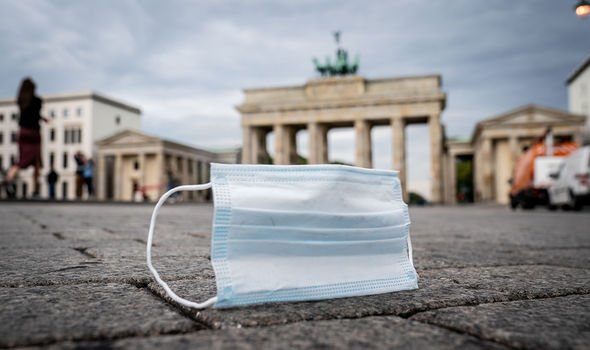 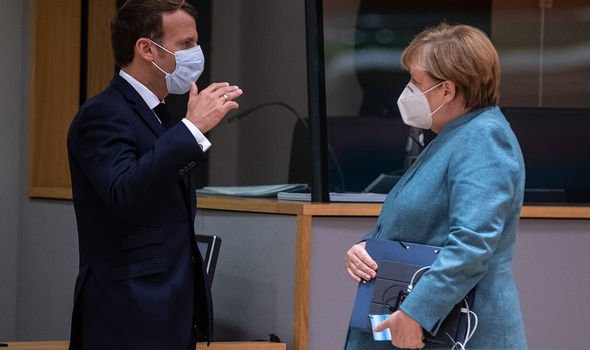 It comes as Germany reported its highest ever daily case toll of the virus, at 6,638 yesterday.

The figures show that coronavirus is spreading through Germany at the same rate it was at the peak of the pandemic, with the last time the country reported over 6,000 cases being in April.

It takes the country to a total of 352,107 cases according to Johns Hopkins University.

Mrs Merkel told the leaders neighbouring countries to Germany were having to take “very drastic measures” to beat back their surge in cases.

Under the state of emergency, Paris and eight other cities were thrown into a 9pm curfew for four weeks. 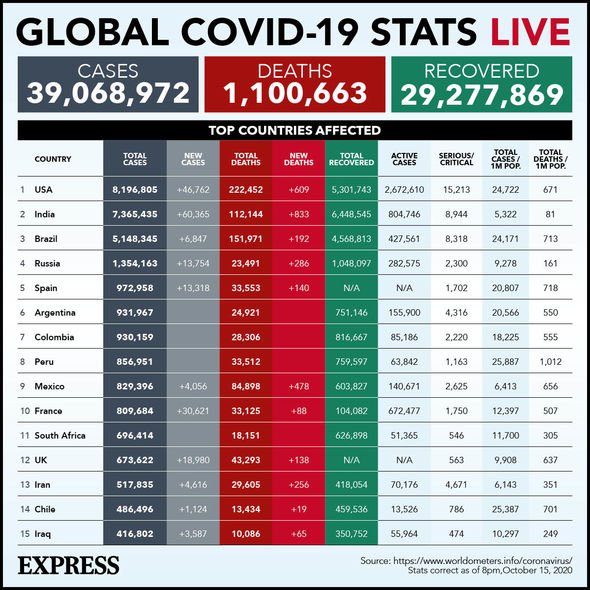 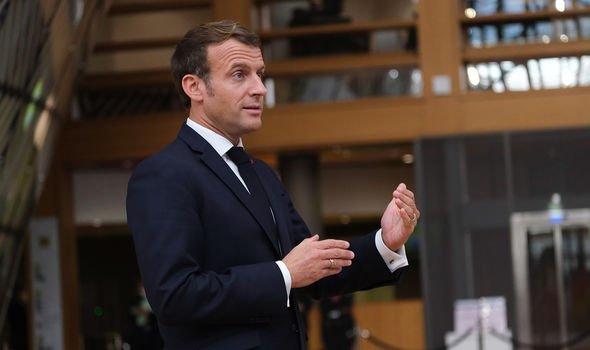 Other European leaders announced tough new measures as they began losing control of the virus’ spread.

The Czech Health Ministry confirmed more than 9,500 new virus cases on Wednesday, over 900 more than the days-old previous record.

Czech Prime Minister Andrej Babis said: “We have to build extra capacity as soon as possible.

“We have no time. The prognosis is not good.”

Sweden’s Prime Minister Stefan Lofven also added: “Too many don’t follow the rules. If there is no correction here, we must take sharper measures.”