As she enters her final few months, the German leader is showing growing signs of fatigue and a political scientist who observed her latest movements said she appears to be “no longer interested” in the job. Germany’s economy has been dealt a heavy blow by the coronavirus pandemic and the country is preparing for federal elections in September.

And the EU’s vaccine scandal has been a thorn in Mrs Merkel’s side.

Earlier this month she said it “rankles” that other countries were surging ahead with the vaccine but insisted that “basically nothing has gone wrong” with the EU’s approach.

Her assessment was in dire contrast to the outrage expressed by politicians across the bloc as they slammed the European Commission over its handling of the debacle.

Armin Laschet was elected the new leader of the Christian Democrats (CDU), the party of Mrs Merkel, in January. 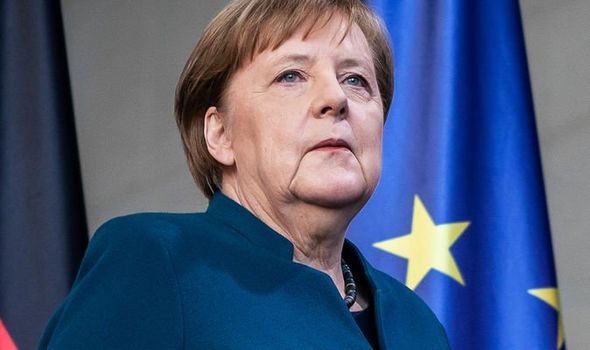 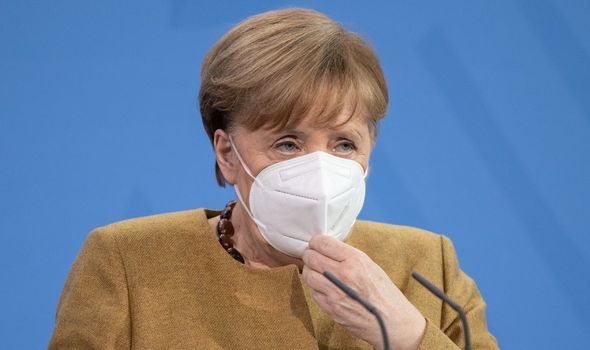 He is being groomed to take over as chancellor when she steps down later this year. 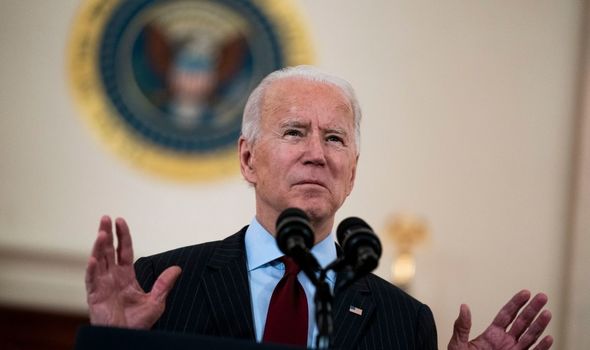 He also said Mrs Merkel had done little to reach out to Mr Biden at the online conference, instead sticking to her script.

He observed that it was “very noticeable how little Angela Merkel and Emmanuel Macron used the opportunity to deviate from their prepared speeches in order to respond directly to Joe Biden.”

On Tuesday Mrs Merkel announced grim news to Germans when she declared the third Covid wave had arrived. 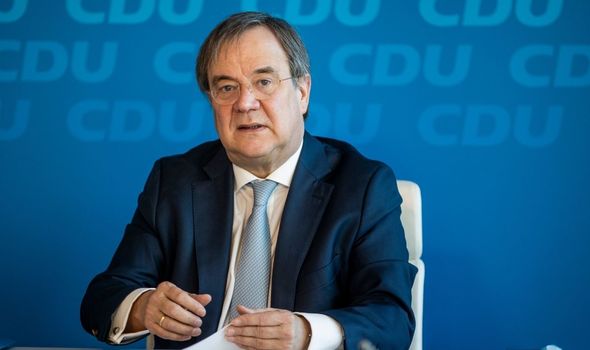 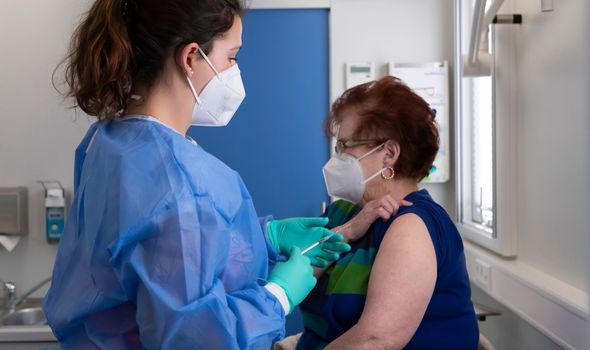 The country’s vaccination rollout is operating at a snail’s pace, a factor which will have a major effect on reopening the economy.

Speaking to her MPs on Tuesday night, Mrs Merkel warned the road ahead would be rocky and Germany could not afford to make mistakes, according to The Times. 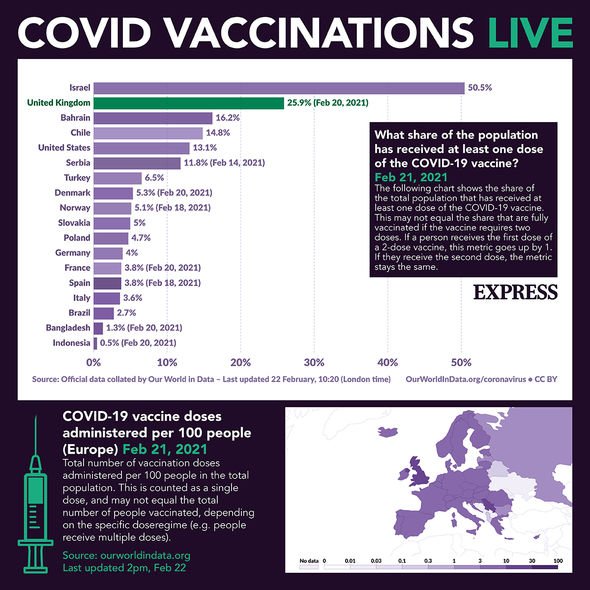 She told them: “We are now in the third wave.

“We cannot afford ups and downs.”

The rollout of the vaccine programme in German states lacks a clear strategy. 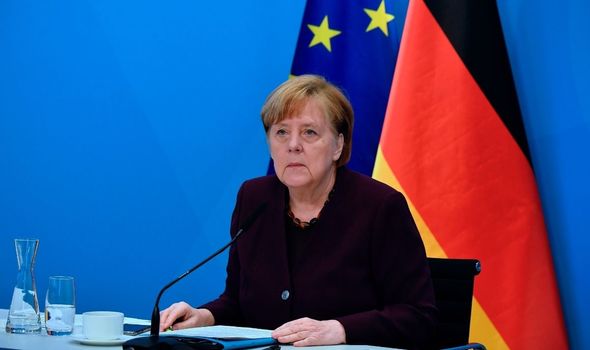 Teachers have been listed in the second-highest priority group for the jab but depending on the region may have to wait more than a month before they are given a dose.

In Hamburg, teachers are facing a long wait as the authorities struggle to administer their stockpile of the jab to the over-80s, clinically vulnerable people and frontline hospital staff.

Schools have been largely closed since December and giving teachers the vaccine is seen as an essential step before children and staff can return to classroom learning.