The German Chancellor and European Commission President have been singled out for their failings in rolling out vaccines across Europe by German newspaper Bild. In a scathing assessment, Filipp Piatov, head of opinion at Bild, wrote a quick deployment of the vaccine could have saved “tens of thousands of lives”, and insisted the “EU vaccinates more slowly than any other [comparably wealthy] country in the world”.

Mr Piatov added the vaccination programme provided an opening after Brexit for the bloc to show “as a community one is stronger than the individual”, but he points out the two figureheads “missed this opportunity”.

Mr Piatov wrote: “Angela Merkel and Ursula von der Leyen were given a historic opportunity on a silver platter.

“To procure enough vaccine for Europe quickly and sufficiently would have been enough not only to save tens of thousands of lives and millions of jobs – but also to show, especially after Brexit, that as a community one is stronger than the individual!

“They missed this opportunity. 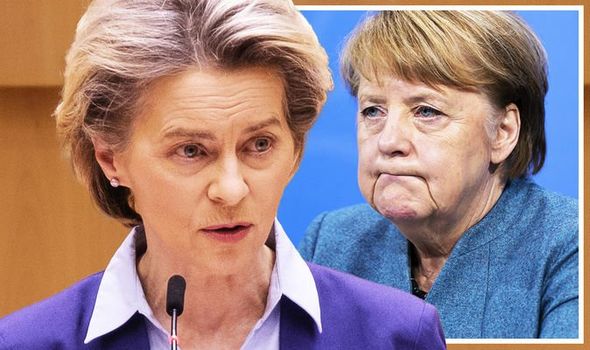 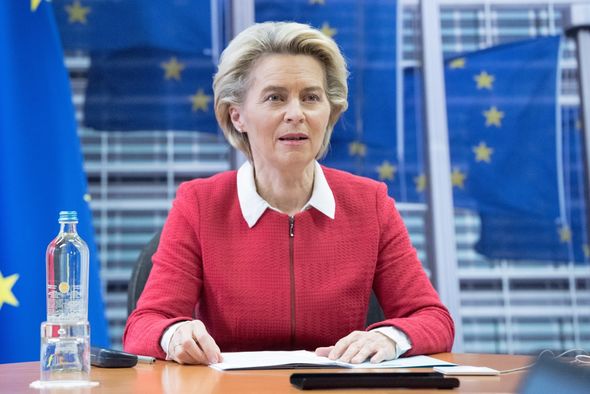 “Thanks to the historic and poorly organised vaccine procurement, the EU vaccinates more slowly than any other [comparably wealthy] country in the world.”

His damning verdict comes as the EU was hit by major issues over its supply of the Oxford/AstraZeneca vaccine following a problem at a plant in Belgium.

Last month, reports suggested the EU – which negotiated deals of behalf of all 27 member states – could receive just 25 million doses by the end of March compared to 100million.

The bloc negotiated its deal with AstraZeneca three months after the UK and only approved its use at the end of January. 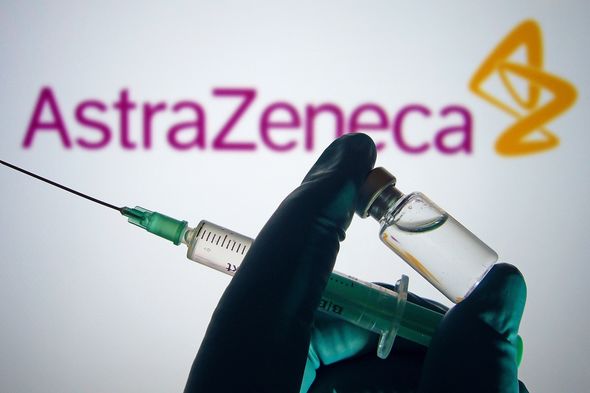 The European Commission then took the unprecedented move to prevent vaccines flowing from Europe into the UK via Northern Ireland – before making a swift U-turn.

Mr Piatov adds there is “growing danger” from EU members states and warns countries could “turn away” from the bloc.

He added: “Every day there is a growing danger that more countries will turn away from the EU, which is not only showing its worst side when it comes to getting the vaccine, but also when coming to terms with its failure.

“These two great Europeans can still prevent the vaccine crisis from turning into an EU crisis. They mustn’t also miss this opportunity.” 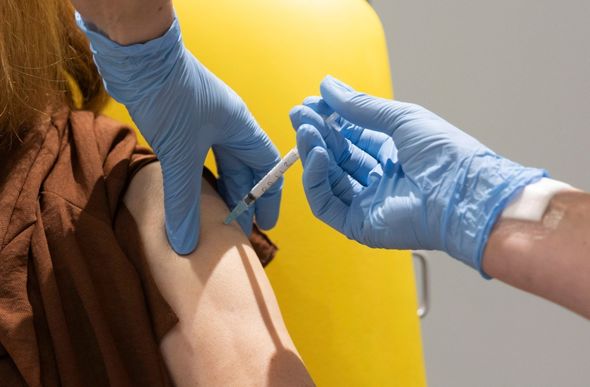 Ms von der Leyen appeared before the European Parliament this afternoon and acknowledged the bloc had made errors and been too slow on vaccines.

She said: “And yet it is a fact that we are not today where we want to be in the fight against the virus.

“We were late with the approval. We were too optimistic on mass production.

“And perhaps we were also too certain that the orders would actually be delivered on time.” 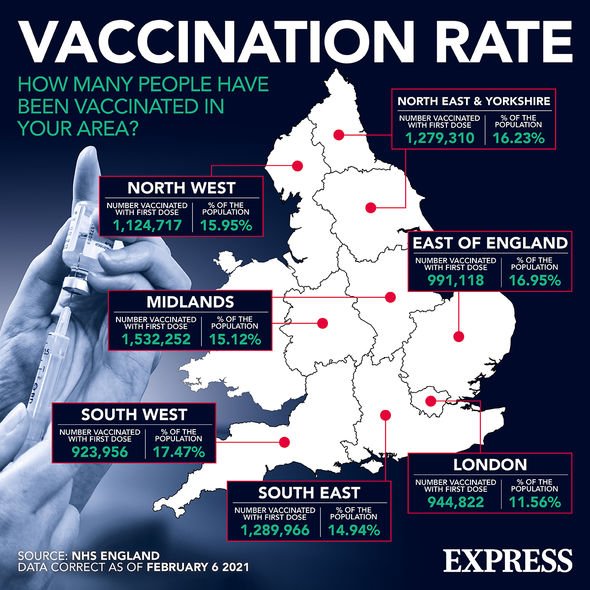 On the threat to stopping vaccines going to the UK via Northern Ireland, Ms von der Leyen added: “I deeply regret that.”

In the UK more than 11.5 million people have been received their coronavirus jab.

Ms von der Leyen added over the past 10 days, 26 million vaccine doses had been delivered.

She added by the end of the summer, 70 percent of adults in the EU27 should have been inoculated.