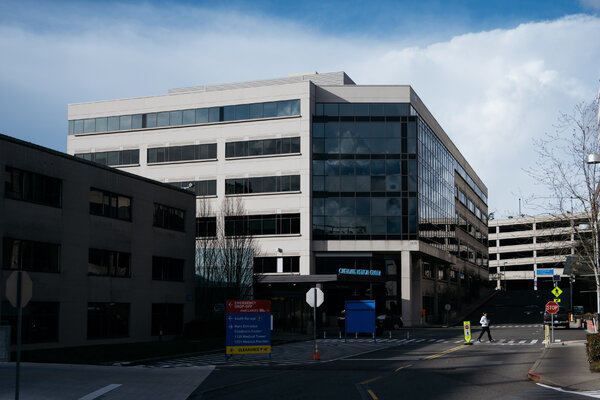 A Washington hospital system apologized after The Seattle Times reported that it had offered vaccines to wealthy donors while others went without the coveted shots.

Overlake Medical Center & Clinics sent an email to about 110 donors who gave more than $10,000 to the hospital system, telling them they could register for open appointments “by invite” only.

The report drew a rebuke from Gov. Jay Inslee, who said during a news conference on Tuesday that the practice was “simply unacceptable.”

Overlake’s president and chief executive, J. Michael Marsh, apologized in a statement, adding that even those donors would have been required to show that they were eligible for the vaccine under state guidelines.

“We recognize we made a mistake by including a subset of our donors and by not adopting a broader outreach strategy to fill these appointments, and we apologize,” Mr. Marsh said.

The hospital’s conduct mirrors that of other facilities that have made news for prioritizing wealthy donors over the rest of the population. A Florida nursing home and assisted-living facility called MorseLife Health System came under investigation after The Washington Post and The New York Post reported that it had prioritized its donors as well.

Another, Baptist Health in Miami, invited a donor to get a shot. The recipient said she believed she was offered a vaccine because she had donated and volunteered for the hospital.

And in Jefferson City, widespread confusion led some Missouri lawmakers to scramble for shots that were not intended for them. Group texts among House members and employees said vaccines were available at an area hotel, but the shots were meant for the state’s public safety and transportation employees.

Mr. Inslee said during Tuesday’s news conference that Washington State’s biggest barrier to widespread vaccine distribution was supply. As of Thursday, 6.2 percent of the state’s population had received their first dose. Just 1.2 percent had received the full two doses.

After hearing of the prioritizing of donors, Mr. Inslee said he believed that the hospital had halted that practice.

“We have to maintain public credibility in this system,” he said.