British soldiers have been pictured rushing to the aid of a baby during blistering temperatures outside Kabul airport.

Troops spotted the infant among the crowds of Afghans desperate to flee the country after the Taliban‘s takeover on Sunday.

A member of the UK armed forces cradled the swaddled baby as he and a colleague led the family to the British compound at the airfield. 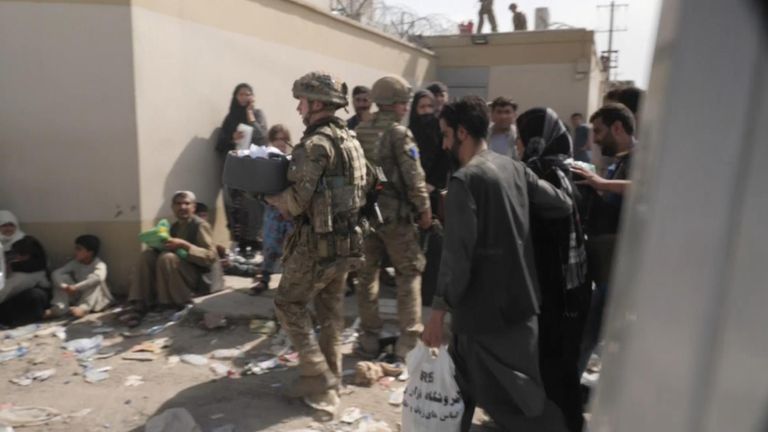 It was one of many heartwrenching scenes that showed the human cost of the withdrawal of US troops.

Fearful of what the Taliban’s sudden return to power will mean, Afghans have been throwing their babies over the razor wire of the Kabul airport wall, begging soldiers to take their children out of the country.

Witnesses told Sky News some of those children have been caught in the wire.

A video showing a baby being passed over the wall and into the hands of a US soldier was shared on social media on Thursday.

The baby’s father asked marines to look after the child, who was ill, according to the Pentagon.

The infant was taken to a Norwegian hospital at the airport, where he received treatment before being returned to his father.

“I think it was a very humane act of compassion by the marines,” Pentagon spokesman John Kirby said.

He said he does not know who the father is and whether he is applying for a Special Immigrant Visa, adding: “I don’t know where they are.”

Mr Kirby said he was “only aware of the one incident”. 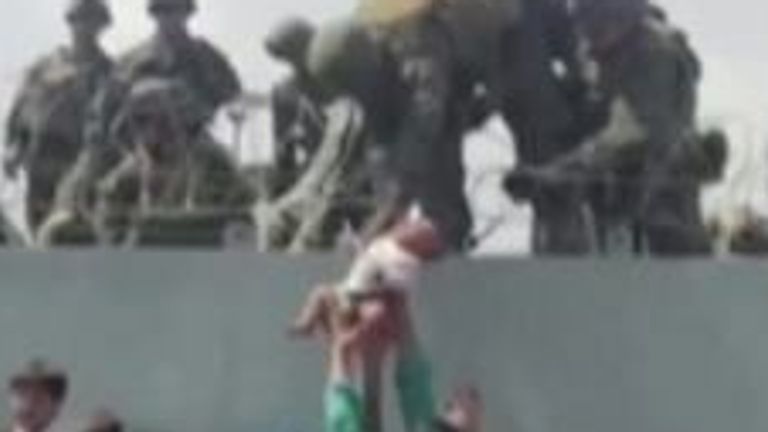 Families have been risking their lives to flee the capital city, ducking past gunfire at the gates of the civilian side of the airport and passing aggressive Taliban fighters, who occasionally beat and harass them.

The Taliban have been controlling the crowds of people trying to reach the British position.

More than 18,000 people have been evacuated from the airport so far. 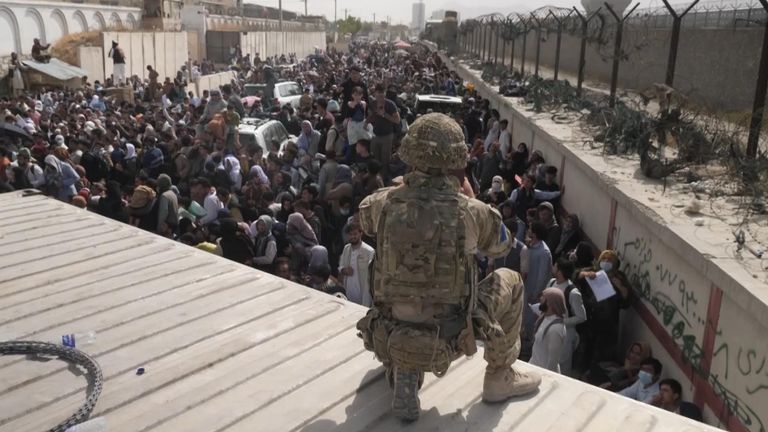 Soldiers have been working with interpreters to process people from different nationalities as they arrive at the barricade, including Afghans with a valid asylum case.

Those who do not have the right paperwork are turned away.

Sky News spoke to a terrified mother at the gates with her four-year-old daughter, whose husband took to beating her when he joined the Taliban.

She said: “Afghanistan is Taliban. Taliban is terrorist. My husband is a terrorist Talib.”

She and her child had nothing but a UN letter identifying them as victims.