Labour leader Sir Keir Starmer said he welcomes the Government’s U-turn on free school meals but that it is “just one step” to reducing child poverty. He told MPs: “A report last week from the Government’s social mobility commission concluded that there are now 600,000 more children living in relative poverty than in 2012. The report went on to say child poverty rates are projected to increase to 5.2 million by 2022. What does the Prime Minister think caused that?”

The Prime Minister rejected the accusation as “completely wrong” and as he claimed the report cited by Sir Keir was on an “anticipated rise” of poverty, and not on the current situation in Britain.

Boris Johnson replied: “He’s talking about what we call an anticipated rise rather than a rise that has actually taken place.

“A new concept is being introduced into our deliberation.

“What we’re talking about is what is actually happening, Mr Speaker, which is action in poverty.

“Of course, this Government is deeply concerned about the impact of coronavirus on the UK economy.”

At the end of his furious slapdown, Boris Johnson joked: “Your witness, Mr Speaker!” 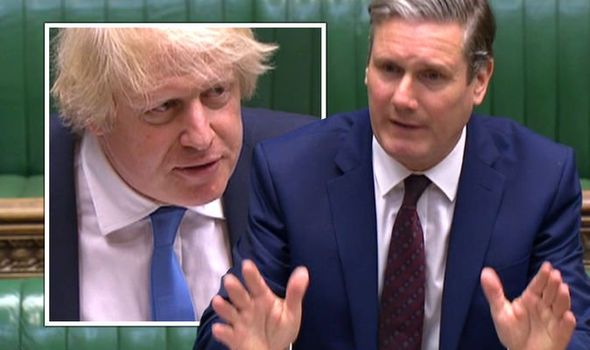 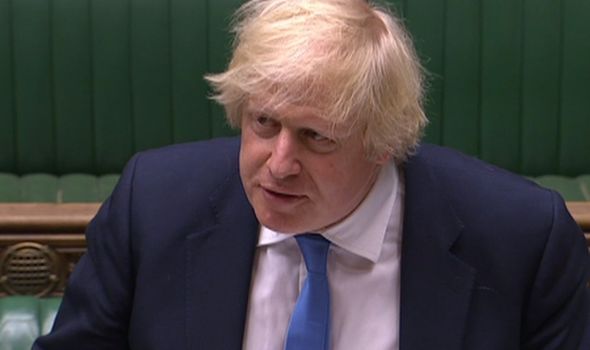 The Prime Minsiter urged Sir Keir Starmer to encourage people to send their children back to school as it is safe.

Sir Keir added: “The social mobility commission has a clear answer to my question – this anticipated rise in child poverty is not driven by forces beyond our control.

“I’m sure the Prime Minister would agree that an even higher child poverty rate would be an intolerable outcome from this pandemic, so what is he going to do to prevent it?”

Mr Johnson said: “What we’re talking about is what has actually happened, which is a reduction in poverty.”

The Prime Minister then said to Sir Keir: “How can he talk about tackling the effect of coronavirus on the most disadvantaged?

“It’s the most disadvantaged kids who need to go back to school and it is those groups which, unfortunately, at the moment that are not going back to school.

“Let’s hear from him, one more time, will he say schools are safe to go back to? Come on.”

Sir Keir replied: “This is turning into Opposition questions.

“If the Prime Minister wants to swap places, I’m very happy to do it, to do it now.”

Boris Johnson said he had outlined support for local government, adding the country can be “very proud” of its investments and the response of local government officials.

He added: “There are some councils, particularly Labour councils alas, that are not opening their schools when they could be opening them.

“And I say to him, I hope for the last time, now is the moment when he can say to those Labour councillors that it is safe for kids to go back to reception, to year one, to year six, to early years. Will he now say it?”

Sir Keir replied: “Every week the Prime Minister seems to complain that I ask him questions at Prime Minister’s Questions. If he wants to swap place, so be it.”