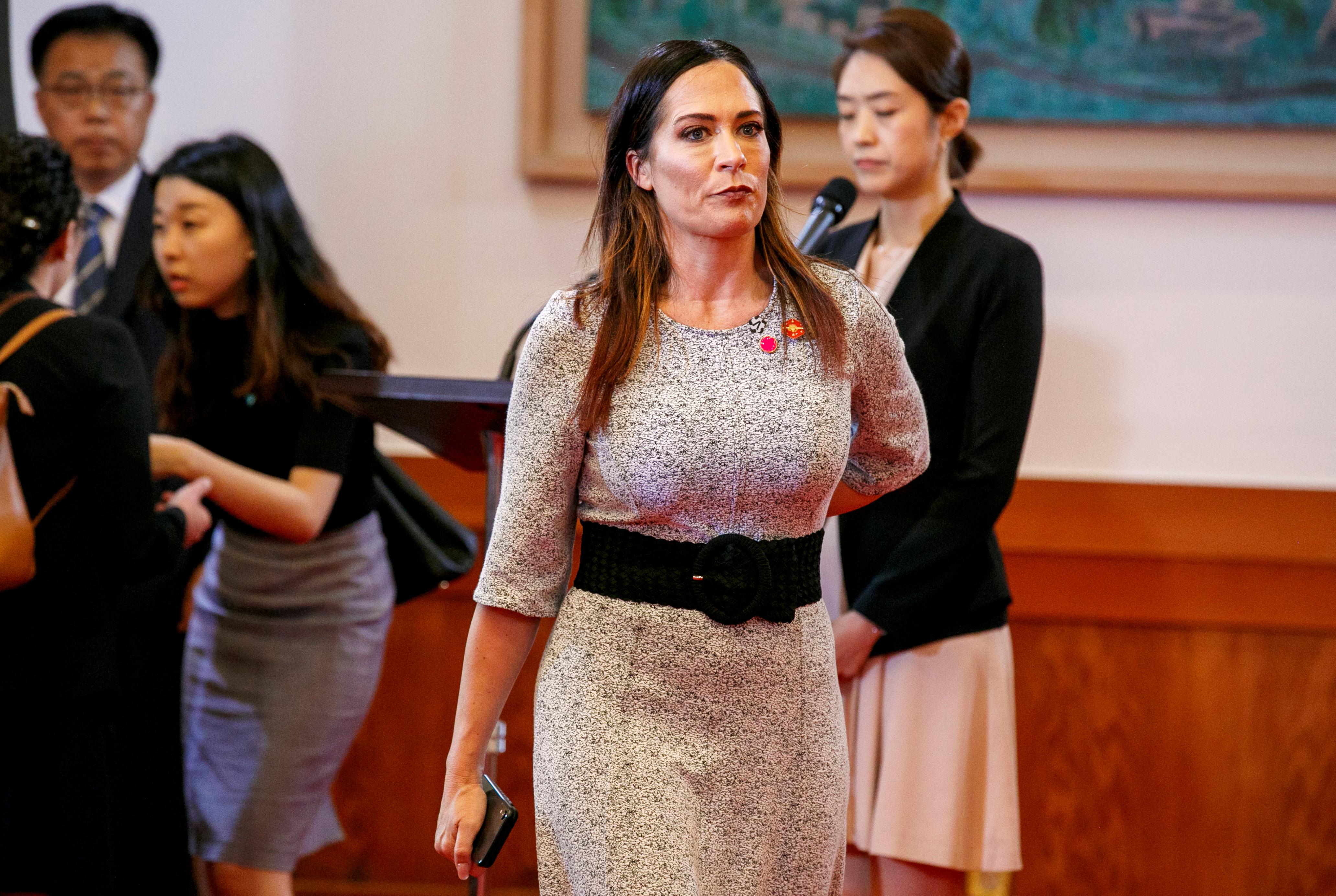 The communications shakeup is seen as a sign of the internal influence of new White House chief of staff Mark Meadows.

Trump is considering having separate people for the communications and press secretary jobs, according to a source familiar with the situation.

McEnany, a familiar defender of Trump on cable news shows, is expected to be announced as press secretary, the administration official said.

Pentagon spokeswoman Alyssa Farah, a former spokeswoman for Vice President Mike Pence, is expected to be named director of strategic communications, the source familiar with the situation said.

Long-time Meadows aide Ben Williamson is expected to be a senior adviser for communications. Current deputy press secretaries Hogan Gidley and Judd Deere are expected to remain in their roles.

At Trump’s direction, she did not hold press briefings but did make multiple appearances on Fox News Channel programs.

Going to the first lady’s office will keep the Trump loyalist in close proximity. She worked on Trump’s 2016 campaign.

“She has been a mainstay and true leader in the administration from even before day one, and I know she will excel as chief of staff,” Melania Trump said in a statement.

Grisham takes over from Lindsay Reynolds, who resigned earlier this week to spend time with her family. Grisham begins her new role immediately.

“My replacements will be announced in the coming days and I will stay in the West Wing to help with a smooth transition for as long as needed,” Grisham said in a statement.