The president’s son will be able to sell his paintings through a New York dealer, who will not disclose the buyers or the prices. 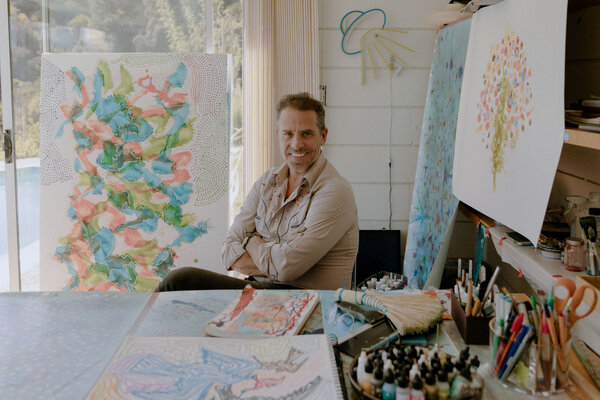 WASHINGTON — The White House has helped develop a system for Hunter Biden to sell pieces of his art without him, or anyone in the administration, knowing who bought them, the latest effort to respond to criticism over how President Biden’s son makes his money.

Under the arrangement, a New York City art dealer would sell the paintings, which the dealer has said he is pricing at between $75,000 and $500,000, while keeping secret all information about the sales, according to a person familiar with the plan.

The gallerist, Georges Bergès, has agreed to not share any information about the buyers or prices of Hunter Biden’s work with anyone. Mr. Bergès has also agreed to reject any offer that appears suspicious, such as one well beyond the asking price, the person familiar with the matter said.

Hunter Biden has been under scrutiny for years over business dealings around the world that often intersected with his father’s official duties. His work in Ukraine in particular became a political flash point, helping to lead indirectly to the first impeachment proceedings against President Donald J. Trump, and his business dealings in China became a campaign issue last year.

Hunter Biden is also under investigation by the U.S. attorney’s office in Delaware over his taxes. He has said he is confident he will be cleared of any wrongdoing.

He has taken up painting in recent years, and his efforts to sell his works created a new ethics challenge for the White House, which came under pressure to ensure that buyers would not purchase them in an effort to curry favor with or gain access to the administration.

While some government ethics watchdogs defended the right of the president’s adult son to pursue a career, others raised concerns that the new arrangement lacked sufficient safeguards to prevent improper influence over the administration from potential purchasers.