WASHINGTON (Reuters) – Top White House officials and congressional Republicans and Democrats tried to narrow stark differences over coronavirus aid on Wednesday, with no guarantees they can craft a compromise before some unemployment benefits expire. 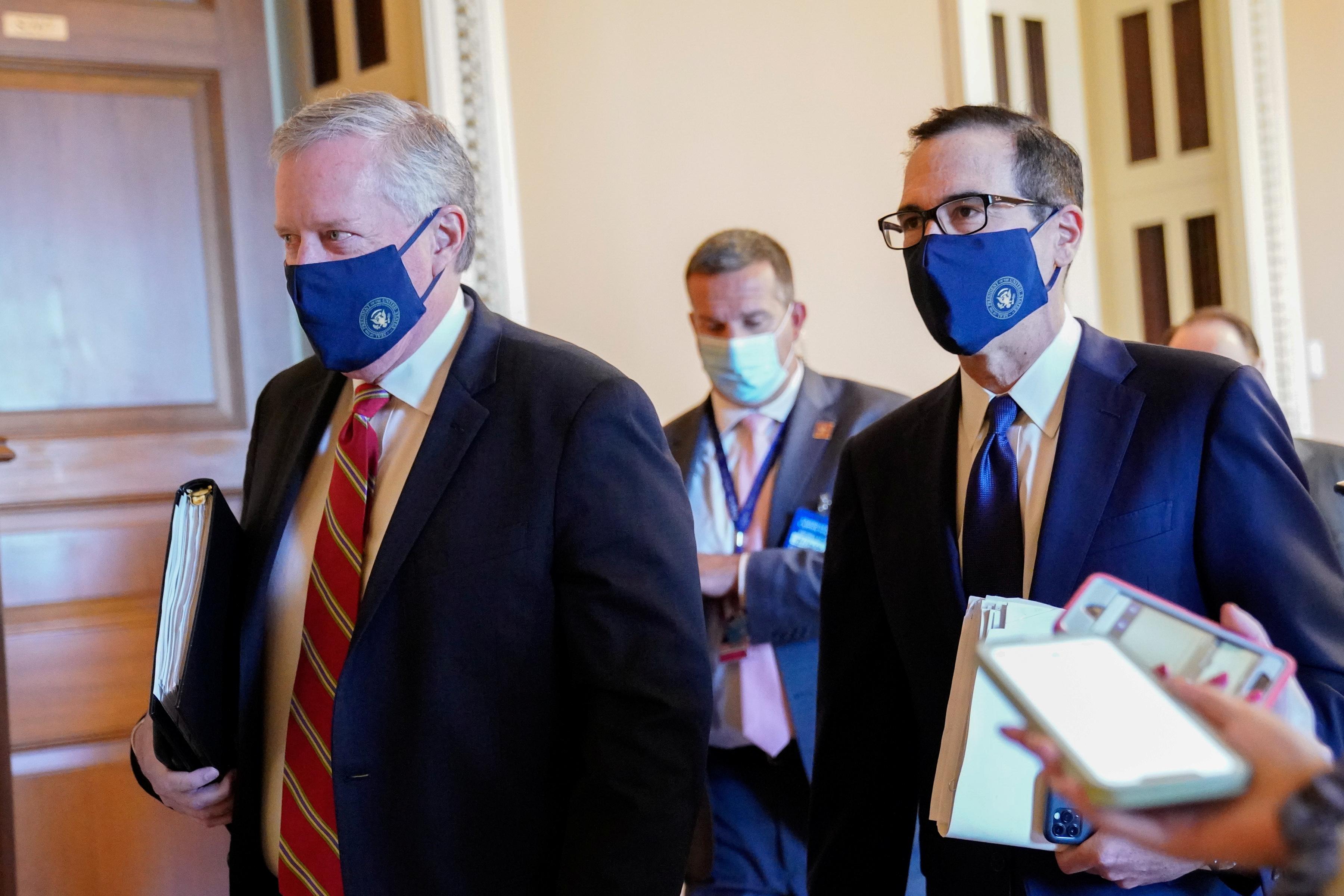 Republican President Donald Trump said he was in no hurry, and his top aides said they were considering short-term extensions of supplemental unemployment benefits and protections against evictions to help Americans affected by a pandemic that has killed 150,000 people in the United States and thrown tens of millions out of work.

“We’re so far apart, we don’t care. We really don’t care,” Trump told reporters as he departed the White House for a trip to Texas, blaming Democrats.

The two parties remained far apart in Congress, with Senate Republican leaders on Monday rolling out a $1 trillion package of proposals that some in their own party have criticized as too expensive. Democrats rejected the new proposal as inadequate compared with the $3 trillion plan the House of Representatives passed in May.

The supplemental unemployment benefit expires on Friday. The moratorium on evictions ended on July 24.

Treasury Secretary Steven Mnuchin said he and the president had discussed a short-term extension of the unemployment insurance and protections against evictions, to provide breathing room for negotiations on broader points.

A source familiar with the matter said a short-term measure has been discussed. But the amount of support for such a move is unclear because most Senate Republicans are adamantly opposed to the $600 unemployment insurance supplement and may not support even a short-term extension.

Republican Representative Louie Gohmert, a Trump ally who has balked at wearing a mask, said he had tested positive for COVID-19.

Mnuchin and White House Chief of Staff Mark Meadows met with congressional Republicans at the Capitol and were due to resume negotiations with the two top Democrats in Congress: House Speaker Nancy Pelosi and Senate Minority Leader Chuck Schumer.

“It’s abundantly clear that the Senate Republican proposal for the next phase of COVID relief is not a useful starting point,” Schumer told the Senate.

Congress has so far passed more than $3 trillion in funding intended to ease the pandemic’s heavy human and economic toll.

In late March, Washington enacted a wide-ranging aid bill that included $600 per week in enhanced unemployment benefits. The goal was to rescue millions of U.S. workers who lost their jobs because of shutdowns to curb the coronavirus pandemic.

Democrats want to extend the $600 enhancement for several more months. Republicans, arguing that it discourages workers from seeking employment, have proposed temporarily reducing the federal payment to $200 a week, on top of state unemployment benefits.

Senator John Thune, the No. 2 Senate Republican, said a deal would take time. He said some in his party “don’t think that we probably need to be doing anything more at this point.”

Besides the jobless benefit, lawmakers are arguing over a Republican plan to prevent liability lawsuits against reopening businesses and schools.

Trump also wants any legislation to include $1.8 billion to build a new FBI headquarters in Washington. 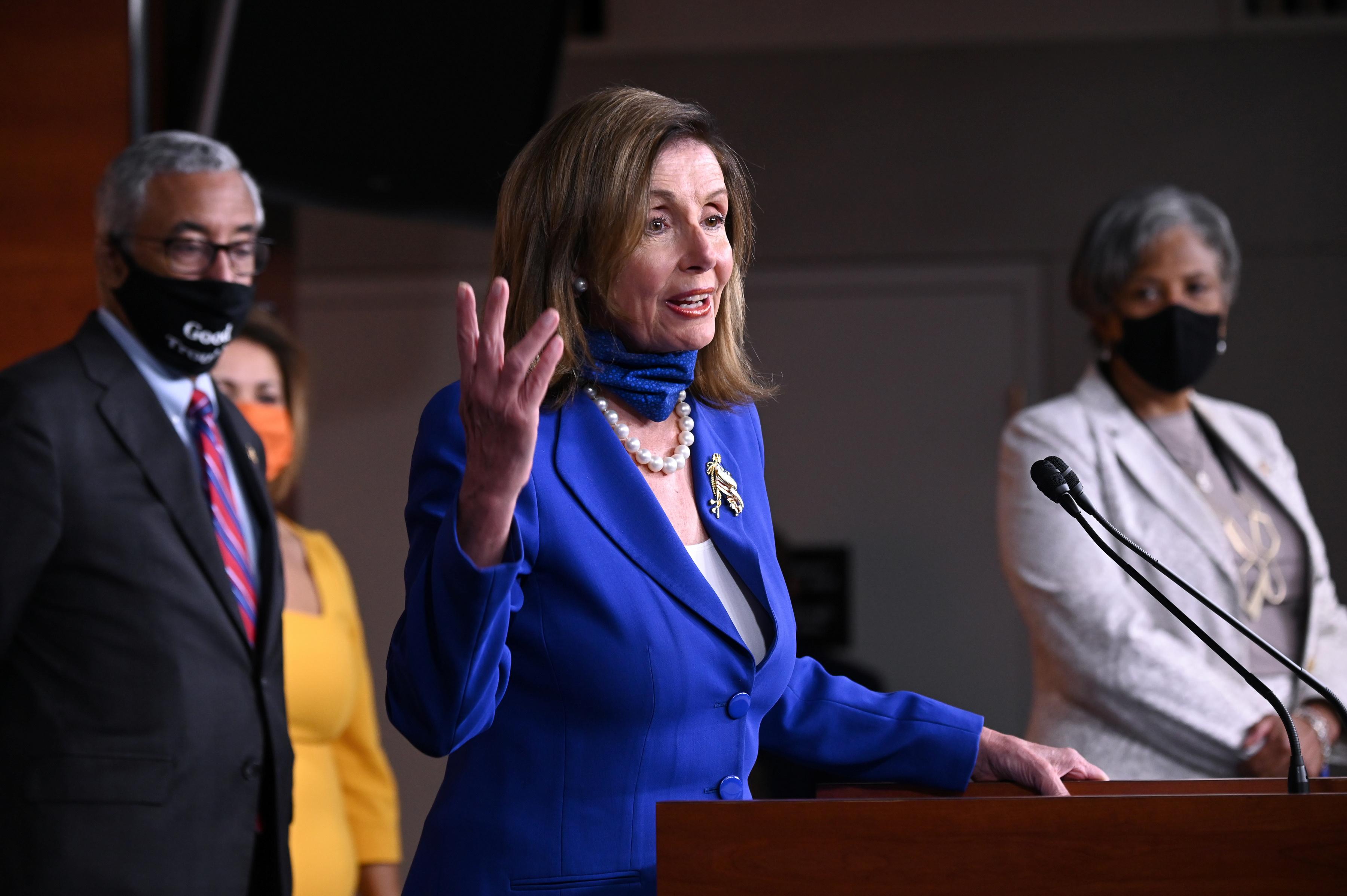 Members of both parties object, with Democrats saying Trump is trying to protect his Washington hotel, which is across the street from the FBI. Some of Trump’s fellow Republicans said they want coronavirus aid to focus on the health crisis.