The Labour Party came under fire from Helen Whately after shadow Secretary of Health Jonathan Ashworth asked questions on NHS pay rises on International Women’s Day. Only three members of Labour, including Mr Ashworth, appeared to be present in the Commons as the Labour front bench posed his urgent question to Ms Whately. The lack of female representation sparked the Conservative minister to express her dismay as she noted the exchange was happening on International Women’s Day. 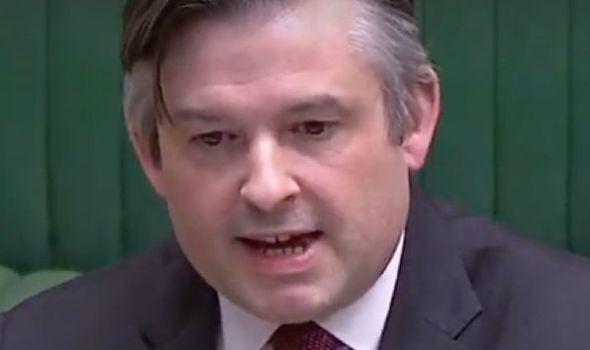 Ms Whately said: “I thank the shadow Secretary of State for his welcome.

“I would actually say that I wonder why this International Women’s Day is a shame he hasn’t got a female colleague at the dispatch box on that side.”

Despite the lack of representation at the dispatch box, Labour’s deputy leader is Angela Rayner, who formerly served as shadow Education Secretary under Jeremy Corbyn.

Four out of six members of the shadow Cabinet are also women.