Speaking to Express.co.uk., the Conservative MP said he was pleased with the Prime Minister’s announcement of a Brexit trade deal agreed with the EU. Mr Bridgen said he was prepared to accept the five years transition period agreed between the UK and the EU on fishing arrangements and claimed he believes his ERG colleagues “can live with that”. He said: “That was broadly in line with what I thought we’d end up. I was thinking it would be a five-year transition.”

Asked if ERG members will be able to support the Prime Minister’s deal, he said: “I can’t speak for anyone else but I think we can live with that.

“The Prime Minister has also announced huge investments in our fishing industry to modernise it and to give it the ability to exploit the resources that we’ll have available.”

He added: “I’m pleased the Prime Minister has made some very strong commitments to what’s in the deal.

“But now we need as soon as possible to see the details.

“We need the ERG star chamber to analyse it.

“So far so good but we need to look at the details.” 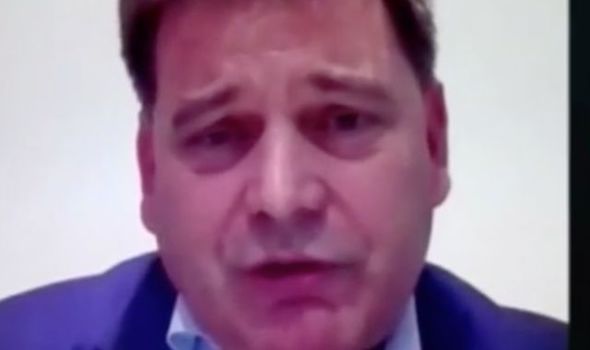 Directly addressing EU nations, Prime Minister Boris Johnson said that the UK will be “your friend, your ally, your supporter” and “your number one market”.

He told a Downing Street press conference: “And so I say again, directly to our EU friends and partners, I think this deal means a new stability and a new certainty in what has sometimes been a fractious and difficult relationship.

“We will be your friend, your ally, your supporter, and indeed, never let it be forgotten, your number one market.

“Because although we have left the EU, this country will remain, culturally, emotionally, historically, strategically, geologically attached to Europe.

“Not least of course through the four million EU nationals who have requested to settle in the UK over the last four years and who make an enormous contribution to our country and to our lives.”

Speaking about the fishing industry, the Prime Minister said: “For the first time since 1973 we will be an independent coastal state with full control of our waters with the UK’s share of fish in our waters rising substantially from roughly half today to closer to two thirds in five-and-a-half years time after which there is no theoretical limits beyond those placed by science or conservation on the quantity of our own fish that we can fish in our waters.”