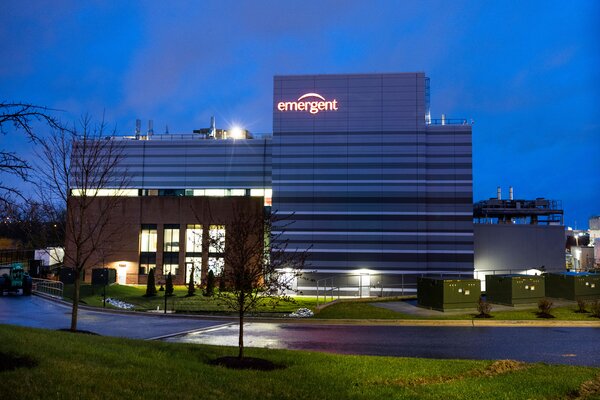 WASHINGTON — The Biden administration on Saturday put Johnson & Johnson in charge of a troubled Baltimore manufacturing plant that ruined 15 million doses of the Johnson & Johnson coronavirus vaccine and moved to stop the plant from making another vaccine by AstraZeneca, senior federal health officials said.

The extraordinary move by the Department of Health and Human Services came just days after officials had learned that Emergent BioSolutions, a contract manufacturer that has been making both the Johnson & Johnson and the AstraZeneca vaccines, mixed up ingredients from the two, which led regulators to delay authorization of the plant’s production lines.

By moving the AstraZeneca vaccine out, two senior federal health officials said, the plant can be solely devoted to the Johnson & Johnson single-dose vaccine and avoid future mishaps.

The Department of Health and Human Services directed Johnson & Johnson to install a new leadership team to oversee all aspects of production and manufacturing at the Emergent Baltimore plant, the officials said. The company said in a statement that it was “assuming full responsibility” for the vaccine made at the Emergent plant.

With President Biden making an aggressive push to have enough doses to cover every adult by the end of May, federal officials are worried that the mix-up will erode public confidence in Covid-19 vaccines. The AstraZeneca vaccine in particular has generated safety concerns; Germany, France and other European nations briefly suspended its use after reports of rare brain blood clots in some vaccine recipients.

The ingredient mix-up, and Saturday’s move by the administration, is a significant setback and a public relations debacle for Emergent, a Maryland-based biotech company that has built a profitable business by teaming up with the federal government, primarily by selling its anthrax vaccines to the Strategic National Stockpile.