WASHINGTON (Reuters) – A U.S. appeals court will hear arguments on Tuesday in a historic dispute between the Trump administration and the U.S. House of Representatives over how much power Congress has to enforce subpoenas demanding testimony or documents. 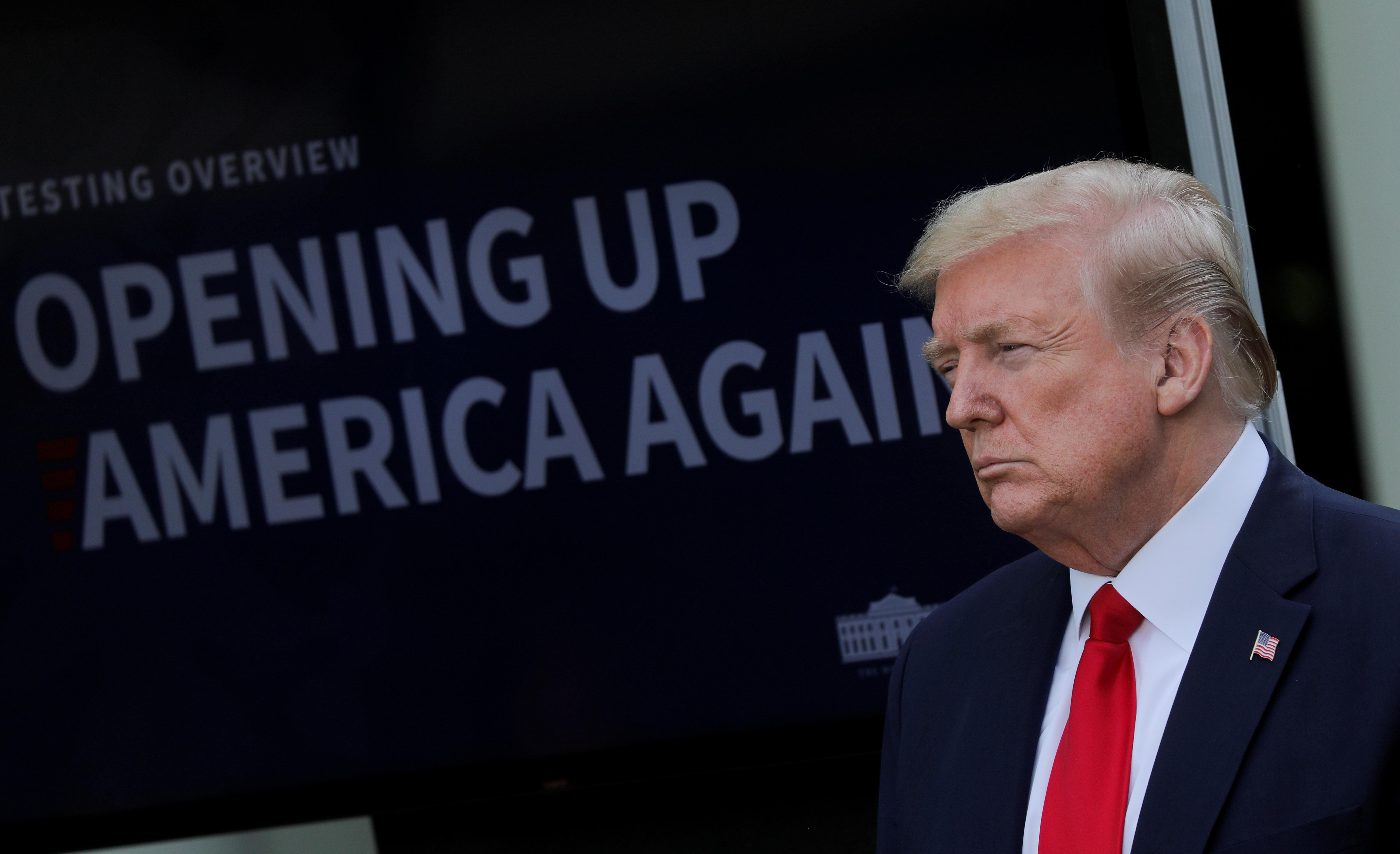 Holding oral arguments by phone, the U.S. Court of Appeals for the District of Columbia Circuit will consider whether a House committee can sue to enforce a subpoena for testimony from former White House Counsel Donald McGahn.

A divided three-judge panel of the court ruled for President Donald Trump in February, saying the court had no place in settling the closely watched dispute between the executive and legislative branches of the U.S. government.

The court said that nine of its 11 judges would reconsider that ruling.

Two judges who were appointed by Trump to the court, Neomi Rao and Gregory Katsas, have said they will not participate, likely because both previously worked in the Trump administration.

The Democratic-led House Judiciary Committee has said the earlier 2-1 ruling upset the balance of powers created by the U.S. Constitution.

The committee had sought testimony from McGahn, who left his post in October 2018, about Trump’s efforts to impede former Special Counsel Robert Mueller’s investigation that documented Russian interference in the 2016 U.S. election.

McGahn declined to testify before the committee after the Trump administration advised him to defy the subpoena. The Justice Department, arguing for the administration, has argued in court that senior presidential advisers are “absolutely immune” from being forced to testify to Congress about official acts and that courts lack jurisdiction to resolve such disputes.

The standoff over McGahn’s testimony “was a fairly common information dispute between Congress and the executive branch — the kind that will recur over history,” said Andrew Wright, a lawyer at K&L Gates who advises on congressional investigations.

If that happens, lawmakers may consider reviving “inherent contempt,” a dormant, extrajudicial power to arrest, detain and fine that Congress has not used since the 1930s, Wright said.

The court is to consider the McGahn case alongside another dispute between the House and the Trump administration.

In that case, the House sued over Trump’s announcement that he would spend $8.1 billion on a wall on the U.S.-Mexico border despite the fact Congress had only appropriated $1.375 billion. The case raises similar issues to the McGahn case, with a district court judge ruling that the House did not have standing to sue.