WASHINGTON (Reuters) – Top Trump administration officials and Democratic congressional leaders tried to narrow stark differences over coronavirus aid on Wednesday, with no guarantees they can craft a compromise before some unemployment benefits expire as President Donald Trump said he was in no hurry. 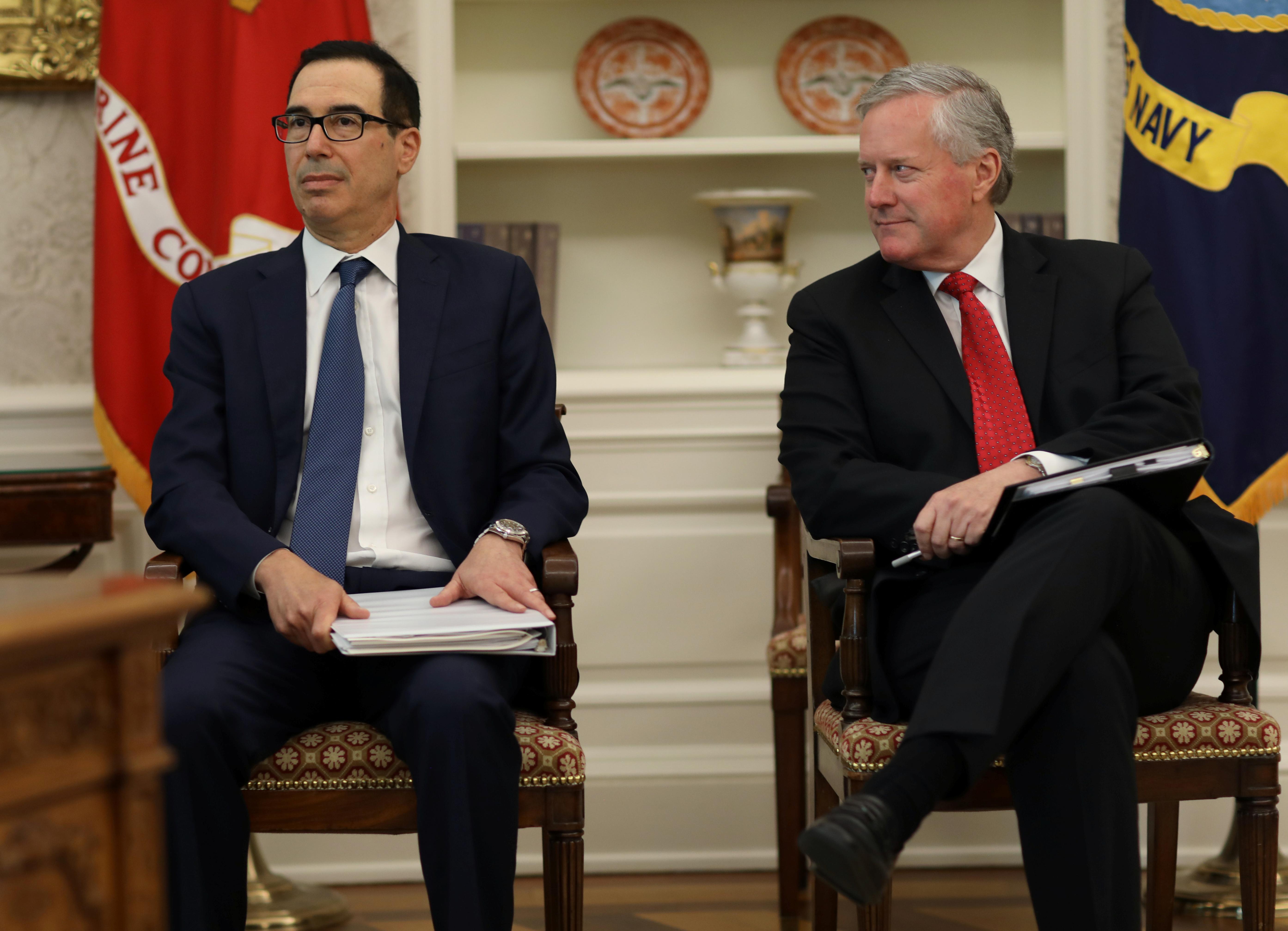 “We’re so far apart we don’t care. We really don’t care,” Trump told reporters as he departed the White House for a trip to Texas, blaming Democrats.

An hour-long meeting of the four broke up late on Tuesday afternoon amid no sign of progress.

In late March, Washington enacted a wide-ranging aid bill that included $600 per week in “enhanced” unemployment benefits. The goal was to rescue millions of U.S. workers who lost their jobs because of shutdowns to curb the coronavirus pandemic. That benefit is due to expire on Friday.

Democrats are pushing to extend the $600 for several more months. Republicans, arguing that it discourages some workers from seeking employment, have proposed temporarily reducing the federal payment to $200 a week, on top of state unemployment benefits.

Senator John Thune, the No. 2 Senate Republican, warned that a deal would take time. He said some in his party “don’t think that we probably need to be doing anything more at this point” in response to the coronavirus.

Besides the jobless benefit, lawmakers are also arguing over a Republican plan to prevent liability lawsuits against businesses and schools reopening during the pandemic.

Trump also wants any legislation to include $1.8 billion to build a new FBI headquarters in Washington, something strongly opposed by Democrats and some of Trump’s fellow Republicans.

Democrats say the plan is intended to protect business at Trump’s hotel in downtown Washington, which is across the street from the FBI headquarters.

As he left the White House, Trump scoffed at members of his party who do not back his FBI plan. “(They) should go back to school,” he said.

Trump also said the building should stay in its prime location in downtown Washington near the Department of Justice. “I’m very good at real estate,” he told reporters.

Democrats want to help state and local governments avoid massive layoffs as their revenues dwindle because of the economic slowdown.

On Tuesday, 1,227 more U.S. coronavirus-related deaths were recorded, the highest one-day increase since May, according to a Reuters tally. The United States has lost nearly 150,000 people, the highest number in the world.