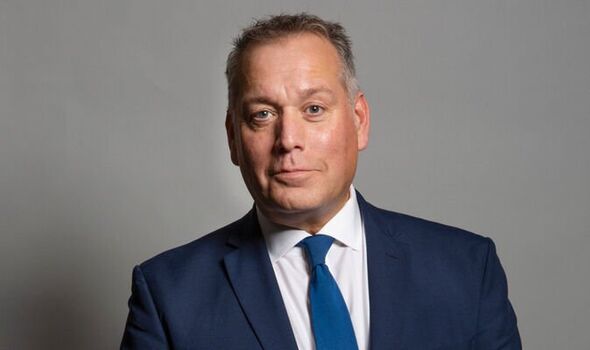 Warburton has been MP for Somerton and Frome since 2015 and has held two minor ministerial positions. He lives near Somerton with his wife and their two children, according to his website. But he now faces serious allegations of sexual harassment and drug use.

It is understood three allegations of sexual harassment are being investigated.

In one case, reported in the Sunday Times, Warburton, 56, allegedly insisted on going to the home of younger, intoxicated woman he met through politics, stripped naked while she was attempting to encourage his departure and climbed into her bed.

The woman said she was too fearful to push Warburton – who, despite what is reported as her “repeated and explicit warnings, before and during his visit, that she did not want to… do anything sexual”, allegedly ground his body against hers and groped her breasts – away.

The Sunday Times reports: “The following morning Warburton is said to have woken up and asked her is she was ‘proud’ that an MP has slept at her home. She says she showed him the door, then had a long shower. She felt ashamed and violated.”

This woman did not make a complaint to any authority and would like to forget about the incident, but two other women have approached the parliamentary authorities about similar conduct.

It is understood, however, all three allegations are being investigated.

Warburton also stands accused of taking cocaine, despite previously stressing the importance of tacking the illegal trade of drugs.

On the same evening he allegedly harassed a younger woman, as described above, the MP snorted “line and line after line”, according to the Sunday Times.

A picture on the paper’s front cover today shows Warburton hazy-eyed and slumped, an overturned baking tray displaying what appears to be four lines of cocaine by his side.

It reports an audio recording that hears him describe £160 for two grams of cocaine as “quite good actually”, suggesting a prior use of the substance.

The claims are being investigated by Parliament’s Independent Complaints and Grievance Scheme (ICGS).

Warburton’s party whip has been removed due to the investigation.

DON’T MISS:
Boris urged to cut the ‘soundbites’ and focus on action [OPINION]
Tory civil war erupts as Scottish Conservatives REFUSE to back Boris [REPORT]
Prince Andrew legal settlement with Giuffre ‘will have been millions’ [REVEAL]

He told the Sunday Telegraph, in what appears to be his only comment on the suspension so far: “I have enormous amounts of defence, but unfortunately the way that things work means that doesn’t come out first.

“I have heard nothing whatsoever from the ICGS. I’m sorry, I can’t comment any further.”