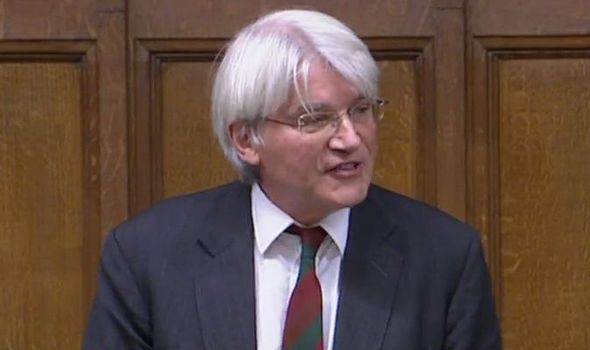 MPs are debating the Government’s decision to cut the international aid budget from 0.7 percent of gross national income to 0.5 percent.

The Chancellor announced the decision last autumn, saying a temporary cut was necessary due to the surge in borrowing caused by the pandemic.

The commitment to 0.7 percent is written in law and was restated in the 2019 Conservative manifesto.

Conservative rebels were left outraged by the decision to temporarily lower spending and have been demanding a vote on the decision ever since.

Yesterday Mr Sunak put forward a compromise which sets out tests for restoring the 0.7 percent “when the fiscal situation allows”.

But Mr Mitchell, who has been the chief trouble maker for the Government on the aid cut, slammed the compromise as a “fiscal trap for the unwary” that is a “tribute” to Rishi Sunak’s “silver tongue”.

He told MPs: “It’s quite possible these conditions will never be met and you don’t need to look in the crystal ball, you can read the book – it is indisputably the case that there has only been one occasion in the last two decades, in 2001, when these conditions would have been met.”

Under the motion put forward by the Government to be voted on later, the aid budget will once again be increased when the Office for Budget Responsibility believes the UK is no long borrowing to finance day-to-day spending.

The last time such conditions were met was in 2001.

Mr Mitchell added: “A vote for the Government tonight is a vote to end, in my submission, our 0.7 percent commitment.”