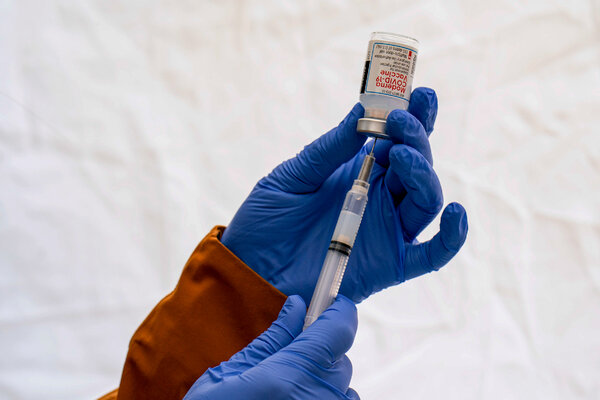 The Biden administration, planning for the possibility that Americans could need booster shots of the coronavirus vaccine, has agreed to buy an additional 200 million doses from the drugmaker Moderna with the option to include any developed to fight variants as well as pediatric doses.

The purchase, with delivery expected to begin this fall and continue into next year, gives the administration the flexibility to administer booster shots if they prove necessary, and to inoculate children under 12 if the Food and Drug Administration authorizes vaccination for that age group, according to two administration officials not authorized to discuss it publicly.

Experts do not yet know when, or whether, booster shots will be necessary. The emergence of variants in recent months has accelerated research on boosters, and the current vaccines are considered effective against several variants, including the Alpha variant which was first identified in Britain and which became dominant in the United States.

And now U.S. health officials have classified the Delta variant, which was first found in India, as a “variant of concern,” sounding the alarm because it spreads rapidly and may cause more serious illness in unvaccinated people. Concern over the variant prompted England to delay lifting restrictions imposed because of the pandemic.

Moderna, a company that had no products on the market until the F.D.A. granted its vaccine emergency authorization last year, uses mRNA platform technology to make its vaccine — a so-called “plug and play” method that is especially adaptable to reformulation. Last month, it announced preliminary data from a clinical trial of a booster vaccine matched to the Beta variant, first identified in South Africa; the study found an increased antibody response against two variants of concern.