George Galloway told Good Morning Scotland that if Scottish voters all tactically voted for Scottish Labour Party leader Anas Sarwar in Nicola Sturgeon’s Glasgow Southside constituency, Scotland’s First Minister would lose her seat. The political commentator added that the SNP would not have been in power for 14 years had opposition supporters voted strategically in previous elections.

Mr Galloway said: “Get behind the candidate most likely to defeat the SNP.

“If that was done in every constituency, dozens of SNP MSPs would lose their seats and the union would be safe.”

He added: “In Glasgow, if everyone gets behind Anas Sarwar then Nicola Sturgeon herself will lose her seat.

“So smart voting and tactical voting is the order of the day and if it has been in the past we would not have had 14 years of SNP rule.” 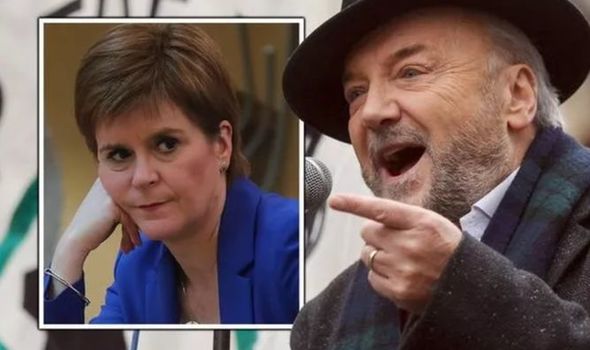 George Galloway says ‘nationalists will eat each other’