During a Stage One evidence session before the Holyrood Justice Committee, MSPs were told by police officials about how the Hate Crime and Public Order (Scotland) bill could affect people in the home. The new proposed legislation brought forward by Justice Secretary Humza Yousaf will introduce a stirring-up of hate offences on characteristics including disability, sexual orientation and age.

However, critics fear the Hate Crime and Public Order Bill, which centres around plans for a new offence of “stirring up hatred”, will severely impact on freedom of expression.

Tory MSP and Committee Convenor Adam Tomkins asked about the possibility of prosecution under the bill of “offences being committed in private” and whether any defence would apply for conservations which take place in people’s own homes.

It comes after Mr Yousaf suggested during a Scottish committee session that he would be in favour of stirring up offences applying inside home dwellings.

Roddy Dunlop QC, Dean of the Faculty of Advocates, which represents lawyers across Scotland, said: “I see the position as quite finely balanced because, on the one hand, for the state to step in and interfere with freedom of expression in the home seems rather draconian. 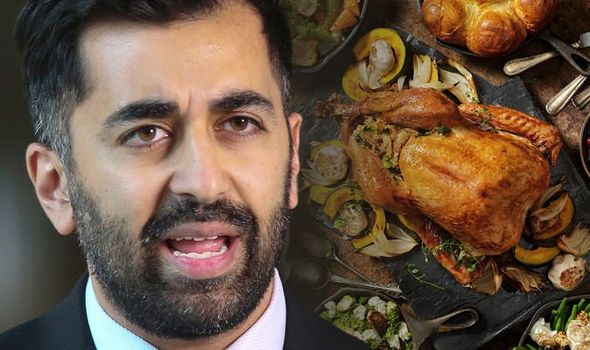 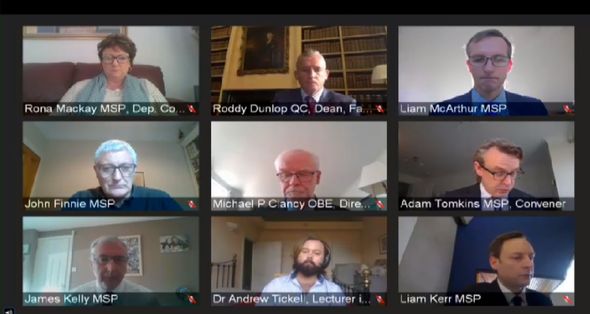 “But on the other hand, there are many instances in which the state does just that. It is equally criminal to punch somebody in your home as it is to do so on the street.

Mr Dunlop continued: “My primary concern is the provision could be abused and there could be a situation where, as has been suggested in the media, one’s least favourite uncle becomes the subject of a complaint to the police because of what he said over the Christmas turkey.”

He stressed it “cannot really be what we are looking at here, but equally, should it be the case that you are able to breed hatred within the home without repercussion?” 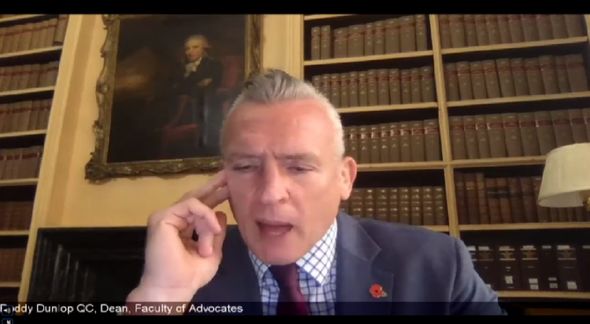 Gary Ritchie, Assistant Chief Constable of Police Scotland and the forces crime prevention lead, stressed: “I am probably getting into personal opinions, but I think — and I think this would be my organisation’s position – that some of the potential offences are so insidious that it goes a bit too far for the public expectation to be people would be considered to be protected just because they committed them in their own home.

He stressed it is “not unusual to see crimes of such significance would not carry a dwelling defence.”

Concluding, he added: “ My view and, I think, the view of the police service would be that it should not apply.”

Calum Steele, general secretary of the Scottish Police Federation, representing frontline police officers, noted: “We have to recognise there are some fairly hot topics that can be discussed in homes that could then find themselves being repeated in public that, depending on the particular cause or case that was being advocated by others, could be deemed to be a form of hate crime taking place in the home.”

Mr Yousaf has defended the legislation and added: “The point of stirring up offences and the reason why I think we need these offences is because their effect is or could be to motivate people who carry out acts of hatred, violence, assaults and so on against members of groups who belong to particular communities (interruption).

“What it does is if you’re stirring up religious hatred against Jews, with the intent of stirring up hatred in your private dwelling with your children in the room, with friends you’ve invited over for a dinner party if they then act upon that hatred and commit offences that would be prosecuted by the law, should the person who with the intent of stirring up hatred if their behaviour was threatening or abusive, should that person not be culpable?

“Should they not receive criminal sanction?”

Scottish PEN representing writers, playwrights groups and the Humanist Society of Scotland are amongst those who have also have raised concerns about the new law, along with Mr Bean star Rowan Atkinson.

Because of this, Mr Yousaf was forced to amend the legislation and change the controversial “stirring up” offences section which has been condemned by opponents.

“Stirring up offences” are set to be limited to “intent” relating to age, disability, religion, and sexual orientation.