Mr Salmond claimed Ms Sturgeon had breached the code because she failed to inform the civil service of two meetings she had with him. However, Ms Sturgeon, who gave evidence to a Holyrood Committee which is examining the Scottish Government’s handling of harassment complaints against the former First Minister, has denied the allegations.

The poll, which asked 1,004 Scots last week revealed 68 percent said the Scottish First Minister should step down if Mr Salmond’s allegations were true.

On the other hand, just 32 percent of Scots said the SNP leader should not resign.

In comparison, the split for Tory voters who were asked the question in the poll was 92 percent and 8 percent retrospectively. 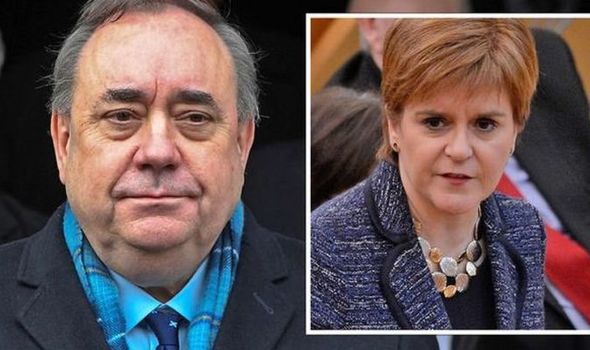 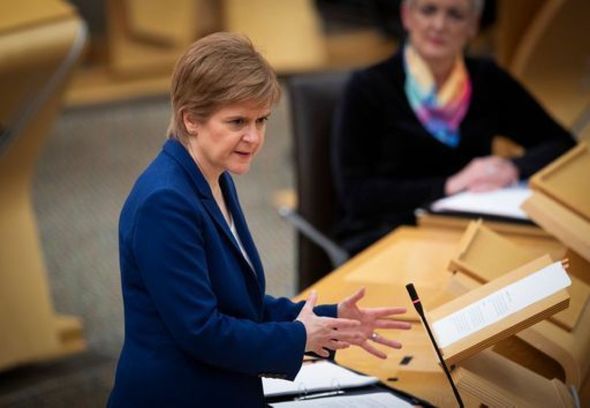 The question for the poll, commissioned by Pro-Independence group Wings over Scotland, read: “Inquiries are currently investigating whether Nicola Sturgeon lied to the Scottish Parliament about her knowledge of false allegations of misconduct against Alex Salmond.

“The Ministerial Code – the rules under which the Scottish Government operates – stipulates that any minister found to have deliberately misled Parliament should resign.

“If it is found that Nicola Sturgeon did lie to Parliament, should she resign?”

Murdo Fraser MSP, Scottish Conservative spokesman on the Salmond Inquiry, said: “The First Minister’s apparent tactic of burying her head in the sand and hoping that Scottish voters are not bothered about politicians lying seems to be misguided.

“As much as she might like, she cannot wish away this scandal or the consequent SNP civil war. 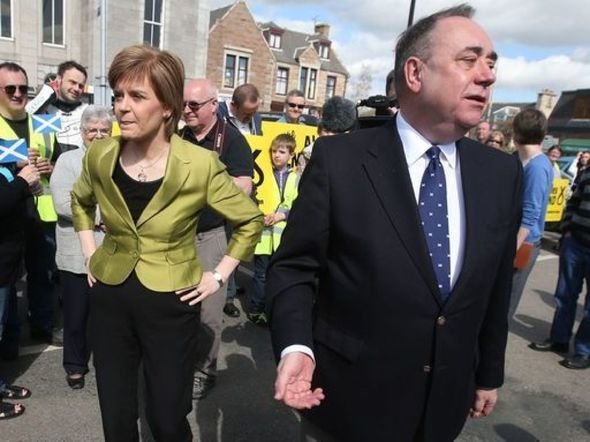 “As her deputy John Swinney stated 20 years ago, the conduct of any First Minister ‘must be beyond reproach’.

“Thankfully, integrity still matters in our politics. It is reassuring and welcome to know the majority of Scots share that view. Sturgeon can run but she cannot hide from the truth.”

The Scottish Government’s ministerial code says any minister found to have knowingly misled Holyrood should offer their resignation.

It is claimed Ms Sturgeon held a meeting with Mr Salmond on April 2, 2018, and one with Mr Salmond’s former chief of staff Geoff Aberdein on March 20, 2018. 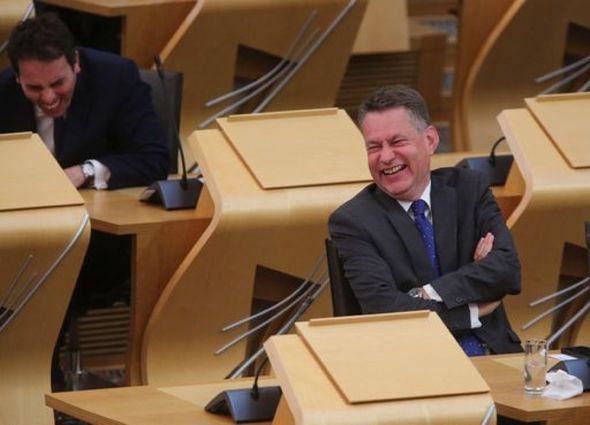 The First Minister had made clear the meetings with her predecessor was because the politician was about to quit the party and therefore was SNP party business.

In the March meeting, the First Minister said she had forgotten about it and regularly denied there was a conspiracy against Mr Salmond.

However, Mr Salmond claimed the April meeting had been arranged to discuss the Scottish Government’s sexual harassment allegations.

The inquiry is taking place after SNP led Scottish Government paid out £500,000 to the former politician after they conceded a judicial review case brought by the former first minister in January 2019.

The publication of the poll comes just hours after the director of a Pro-independence think tank stepped down after she criticized Nicola Sturgeon over her role in the Salmond inquiry.

Alex Salmond speaks after being acquitted of sexual offences

Roger McAlpine had written an article on Common Weal’s news analysis website Source alleging Ms Sturgeon had “developed and executed in secret” a “coordinated plan of action” to drive Mr Salmond out of politics.

Common Weal said Mr McAlpine would step down from his role with immediate effect.

“The First Minister is concentrating on fighting the pandemic, stands by what she has said, and will address these matters in full when she appears at committee in the coming weeks.”