Anas Sarwar, who was voted the new Scottish Labour leader yesterday, has wasted little time in ripping into the SNP’s record in power.  Speaking to Sophy Ridge on Sky News, Mr Sarwar called out Nicola Sturgeon and the SNP for being “blinded” by their independence obsession.  This comes a new survey found that the majority of people in Scotland no longer want to break away from the rest of the United Kingdom.

He said: “I think the SNP are so blinded by their one priority that they can’t be the ones that truly bring our country back together and rebuild it after Covid.

“That is why we need a credible Scottish Labour Party.

“I don’t think independence is the right answer for Scotland coming through this pandemic.

“I don’t believe going into a referendum campaign out of this pandemic is what people want. Our focus should be on saving lives and livelihood.” 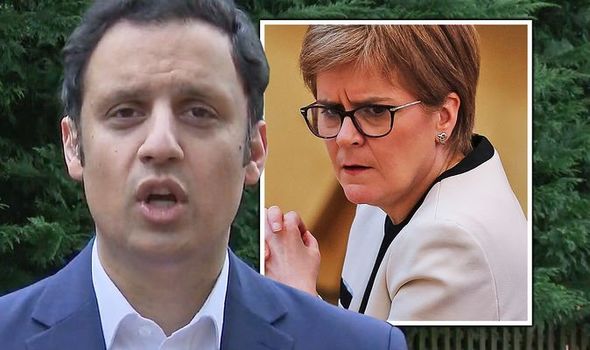 He also called out Nicola Sturgeon to resign if she is found to have breached ministerial code.

He said: “Forget who the minister is – if a minister is found to have breached a ministerial code, I think people would expect that minster to resign.

“That is what Sturgeon herself would say if it was a Labour or Conservative politician. It’s a point of principle.”

A new Survation survey for the Sunday Mail showed that support for independence has dropped from 58 percent in October to just 50 percent.

It is the first time in 22 consecutive polls that Yes has not had a lead.