Jackson Carlaw, leader of the Scottish Conservatives until this afternoon, had a short tenure in the role, being elected in February following Ruth Davidson stepping down from the role.

The MSP has concluded he is not the best person to make the case for Scotland staying in the Union.

In a statement, he said: “Over the summer I have had the chance to think hard about my role as leader of the Scottish Conservatives.

“Nothing is more important to me than making the case for Scotland’s place in the United Kingdom.

“I believe the Scottish Conservative and Unionist party is the most important voice in Scotland for setting out that positive argument. I am clear that nothing must get in the way of doing so. 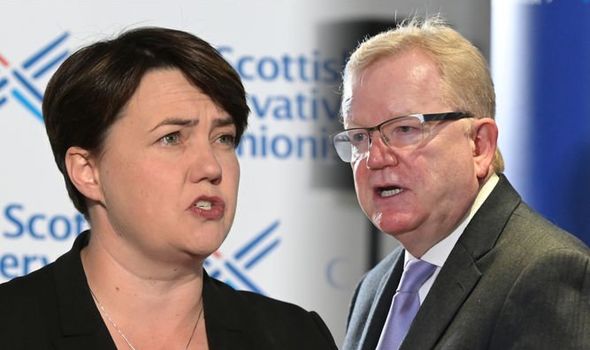 “In the last few weeks, I have reached a simple if painful conclusion – that I am not, in the present circumstances, the person best placed to lead that case over these next vital months in Scottish politics prior to the Holyrood elections.

“Given the importance I attach to the job, I’ve therefore decided to stand down with immediate effect.

“It is not an easy call but I have spent a lifetime in politics holding to the maxim that party and country comes first.

“I believe I am doing my duty by holding to that view now.

“I simply believe that a new leader will be able, as we recover from the COVID emergency, to make the case for the Scottish Conservatives and the Union better than me. That is all that matters.

“I leave the job with genuine pride at my time in office, both as interim leader and as leader for the last year.”