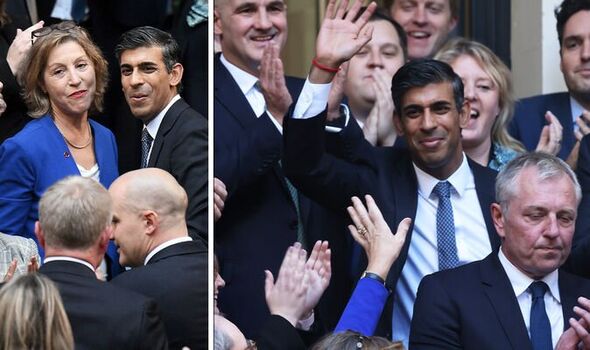 Rishi Sunak warned warring Tory MPs they have “one last shot so unite or die” as he addressed them for the first time as party leader.

The former Chancellor received a rapturous reception after being appointed as the successor to Liz Truss.

Speaking to the 1922 committee of backbench MPs he ruled out calling a general election and urged the party to now come together to defeat Labour.

Ipswich MP Tom Hunt said it was the “loudest and most positive” response to a Prime Minister at a 1922 committee since he became an MP.

He said: “It was a really passionate speech by Rishi and I think a vast chunk, if not all the parliamentary party, is with him now.

“It is the most united I have felt the parliamentary party for a very long time.

“His message was we have got one last shot so unite or die.”

Penny Mordaunt, who was the only other person to formally announce their intentions to stand, said there was “a lot to do” as she gave her full support to Mr Sunak.

She said: “I’m just pleased for Rishi. This is a historic decision and makes me very proud of my party.

The Cabinet minister pulled out of the leadership contest just minutes before the deadline for nominations after failing to secure the 102 votes required.

A campaign source confirmed she withdrew after receiving the support of 90 colleagues.