It takes a less aggressive approach than rival legislation backed by Democrats in the House of Representatives, which mandates legal and policy changes to rein in police misconduct.

Floyd’s death in Minneapolis on May 25, after a policeman knelt on his neck for almost nine minutes, sparked weeks of widespread protests and fresh calls for reforms. Opinion polls show widespread support for policing reforms.

Scott here has spoken out about his experiences with racial discrimination in the past and at times has criticized President Donald Trump on the issue.

At Wednesday’s news conference, he said that he had been pulled over by police seven times in one year – an experience shared by many African Americans.

“I was stopped this year, driving while black,” Scott said. “And so this issue continues and that’s why it’s so important for us to say, ‘We hear you, we’re listening to your concerns.’”

“We’re not a racist country. We deal with racism because there’s racism in the country,” he said.

Unlike the Democratic plan, Scott’s bill would not allow victims of misconduct to sue police, ban police chokeholds outright or create new rules to restrict the use of lethal force.

“It gives lip service to the problem. There’s just no teeth in it. Literally what he is proposing would not save a life,” Senator Kamala Harris, one of the chamber’s two African-American Democrats, told reporters.

Democrats began debate on their bill in the House Judiciary Committee and were expected to approve it by the end of the day. That would clear the way for a vote in the full Democratic-controlled chamber, possibly by July 4.

Both bills make lynching a federal crime, discourage the use of lethal force, promote the use of body cameras and seek better policing standards that prioritize methods for de-escalating confrontations with suspects. 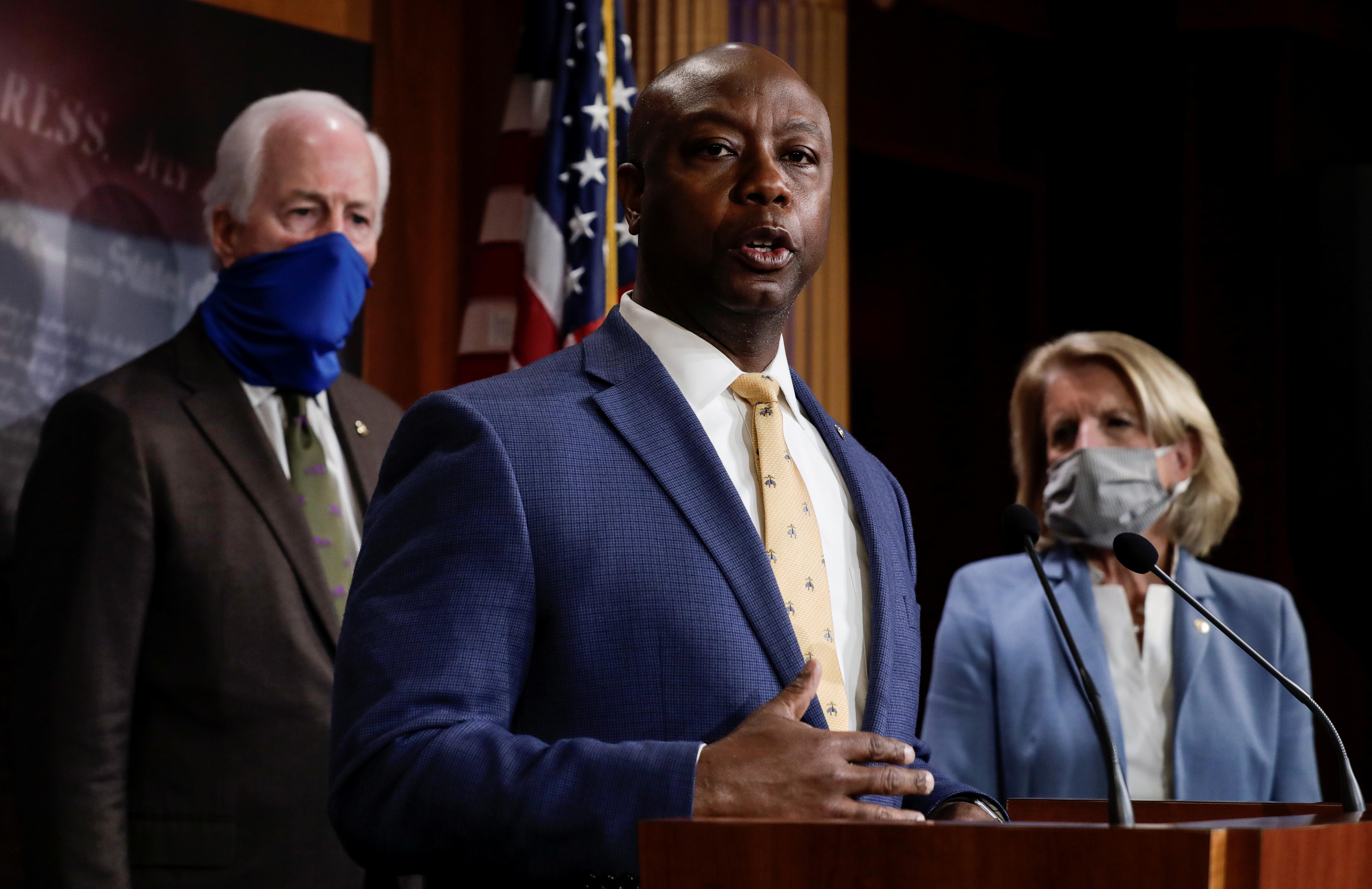 It is unclear whether Democrats in the Senate will oppose the measure or try to change it.

Trump on Tuesday signed an order that would steer federal money to police departments that agree to outside review and limit chokeholds. Top Democrats and many civil-rights groups said it was inadequate.