Academics who identify their political views as right-wing are much more likely to conceal their views from their employers. This was intensified among Brexit supporters, with many fearing expressing such views would have a negative impact on their careers.

The report titled ‘Academic Freedom in the UK’, by the Policy Exchange think tank, found university campuses are increasingly governed by unwritten rules, which encourage academics to hide unfashionable opinions.

It found that right-wing and pro-Brexit academics were most likely to censor their political views, in fear of being ostracised or passed over for promotion.

The authors described this as having a “chilling effect” on academic research and teaching.

A YouGov poll of 820 academics, carried out on March 27 2020, found that almost one third of respondents (32 percent) of those who say their political views are “right” or “fairly right” have stopped openly airing opinions in teaching and research. 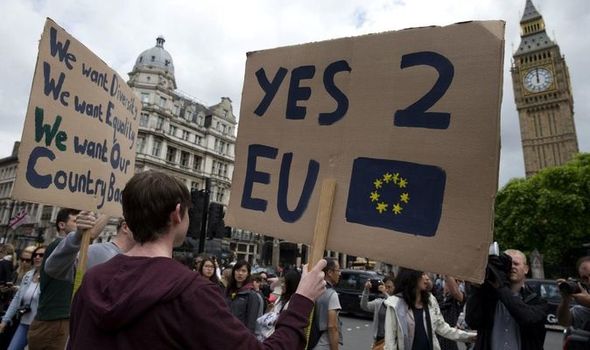 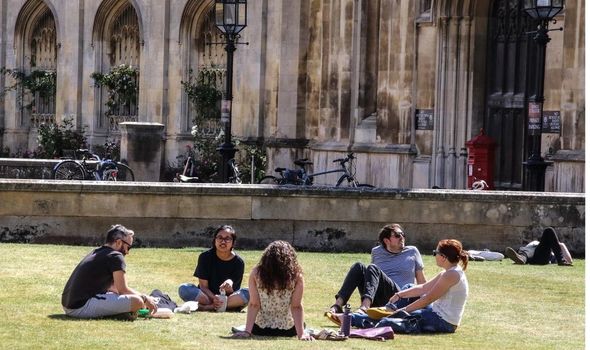 This was compared with 13 percent of those in the centre and on the left.

When it came to views on Brexit, 27 percent of pro-Leavers said they had refrained from publishing or airing views for “fear of consequences” to their career.

This compares with 11 percent of Remain supporters.

The report also found there is widespread support for discrimination on political grounds in publication, hiring and promotion – especially when it came to views on Brexit.

JUST IN: POLL: Should Boris walk away now or enter into autumn talks with EU? 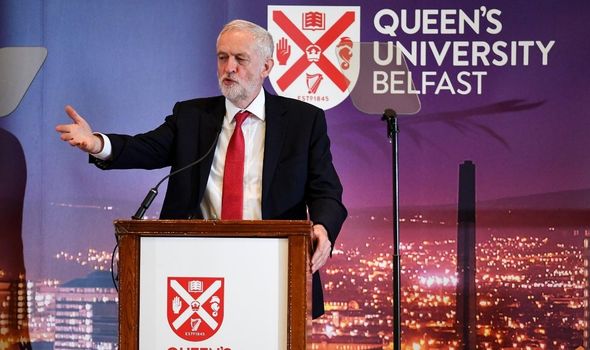 Furthermore, a third of academics said they would avoid hiring a known Leave supporter.

The researchers also estimated that between a third and a half of those reviewing a grant bid would mark it lower if it took a right-wing perspective. 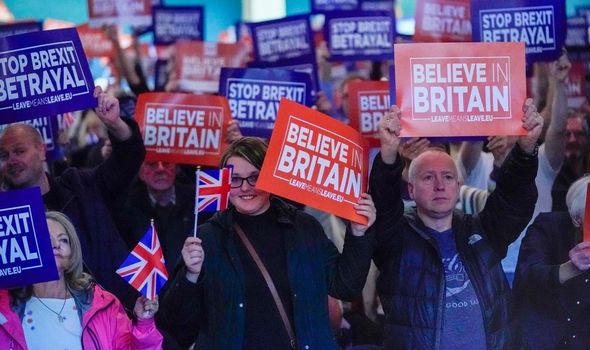 “The evidence, however, is that due to the small number of academics who identify as on the right, there is a structural discriminatory effect against them.

“Hostile or just uncomfortable attitudes signal to those subject to such discrimination that they should conceal their views and narrow their research questions to conform to prevailing norms, if they wish to progress and enjoy a positive workplace experience.”

The 123-page report pointed out that UK-based academics are now “significantly more left-leaning” than before, with fewer than 20 percent voting for right-leaning parties, and about 75 percent voting for Labour, the Lib Dems or the Green parties in the 2017 and 2019 general elections.

As a result, the smaller proportion of Tories in academia results in a much larger discriminatory effect against them, the report claimed.

The report was written by Remi Adekoya, who teaches politics at Sheffield University, Eric Kaufmann, professor of politics at Birkbeck College, and Tom Simpson, associate professor of philosophy at Oxford and published on Monday.

The authors call for Parliament to create a director for academic freedom with ombudsman powers.

The sample of 820 academics interviewed for the study consisted of 484 currently employed and 336 retired.

It also urges MPs to put forward an Academic Freedom Bill to ensure that universities support intellectual dissent and allow for all lawful speed to be protected on campus.