Mr Šefčovič triggered Brexiteer fury by raising a series of complaints about how the UK has implemented the Northern Ireland protocol which regulates trade between the province and Great Britain. He stated that border control posts are not fully operation and claimed “consignments are entering Northern Ireland without being declared”. The vice president’s letter comes just weeks after the EU sparked outrage by briefly triggering the emergency “article 16” provision in the Brexit deal which could have led to checks at Northern Ireland’s border with the Republic to stop vaccines entering the UK. Concern that the full implementation of the Northern Ireland protocol will put obstacles in the way of trade with Great Britain has spurred the UK Government to ask for a “grace period” on checks to continue until 2023. 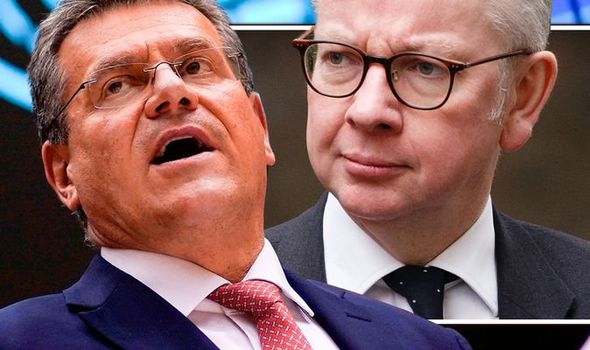 In his letter, Mr Šefčovič claimed that the protocol is the “only way to protect the Good Friday (Belfast) Agreement, preserving peace and stability and avoiding a hard border on the island of Ireland”, before listing “shortcomings” and “teething problems”.

He stated there were “very few identity checks” and “a very limited number of physical checks other than on live animals, live fish and plants”. The vice president also expressed concern that the UK has not provided EU representatives with “real-time access” to IT systems and complained about official guidance given to traders moving goods from Northern Ireland to Great Britain.

Former Brexit minister David Jones said: “It is pompous, bombastic, sarcastic, patronising and threatening. [It] shows an intent on the part of the EU to put further obstacles in the way of trade between Northern Ireland and mainland GB. 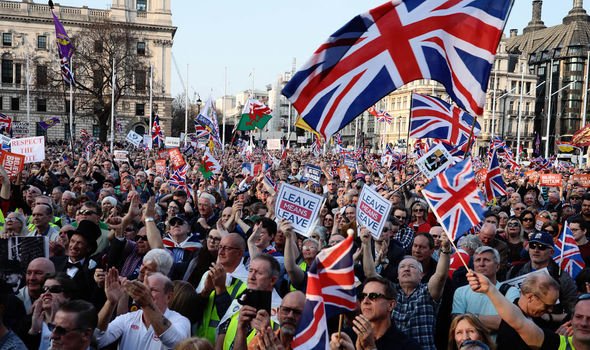 “By triggering the article 16 procedure at the end of January, the EU have shown their true colours. Despite Mr Šefčovič’s protestations to the contrary, they have shown that they were willing to weaponise the Northern Ireland protocol aggressively at the drop of a hat.

“They had no concern whatever for the Belfast Good Friday Agreement when they did so. Their intransigence is threatening the supply of essential commodities to Northern Ireland.

“The United Kingdom cannot allow this to continue. The prime minister has already indicated that we are willing to trigger article 16 ourselves, and unless the EU adopt a more sensible, constructive attitude very soon, that is precisely what we should do.”

North West Leicestershire Conservative MP Andrew Bridgen said: “The Šefčovič letter shows that the EU’s professed concern for Northern Ireland during the negotiations of the future relationship was a complete fraud. 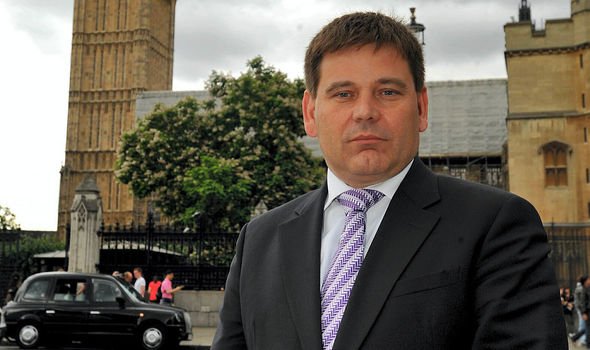 “For the EU, Ireland has served its purpose during the negotiations and the protocol will be used as a stick to beat the UK forever and [any] collateral damage to the Irish Republic and inter-community relations is considered a price worth paying for the EU.”

In the February 10 letter, Mr Šefčovič, states: “The Border Control Posts (PCPs) or Entry Posts are not yet fully operational. Official controls at the BCPs are currently not performed in compliance with the Withdrawal Agreement Protocol and European Union rules: very few identity checks, a very limited number of physical checks other than on live animals, live fish and plants; all non-compliant consignments are accepted, even if destined for Ireland.

“Furthermore, packaging is not labelled and the consignments not monitored at destination as foreseen by UK’s declarations of 17 December 2020. In addition, a number of consignments are entering Northern Ireland without being declared or without valid certificates, contrary to these declarations. 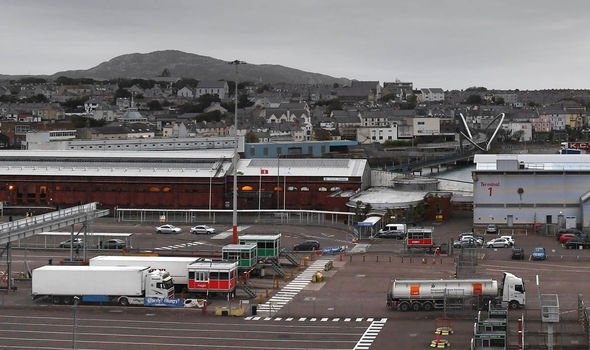 “I am also concerned that the United Kingdom has not yet fulfilled its obligation under the Joint Committee Decision of 17 December 2020 to provide Union representatives with the required real-time access to all its IT systems referred to in that Decision.

“In particular, access to key customs IT systems, such as the ‘import clearance system’ (CDS), has not yet been provided. We are thus currently not receiving the information as to how mutually agreed flexibilities concerning e.g. the ‘trusted trader scheme’ or simplified health certificates are being used in practice.

“Moreover, the United Kingdom Government has issued official guidance suggesting that traders moving goods from Northern Ireland to Great Britain outside standard procedures do not have to submit ‘equivalent information’ to customs authorities, contrary to the commitment taken by the United Kingdom in its unilateral declaration on flesibilities for export procedures of 17 December 2020.”

The vice president ended on an upbeat note, stating: “Let me conclude by reiterating my determination to continue to work with you in a spirit of collaboration, responsibility and pragmatism to reach mutually beneficial solutions.”