The Prime Minister has been eager to hail the success of Britain’s rollout of the jab programme over the past week. More than four million Brits now inoculated with 140 vaccines being administered on average every minute.

Sir Keir Starmer has ignored the jabs rollout in his weekly grilling of the Prime Minister following the success.

Instead, he has quizzed Mr Johnson on the loss of criminal data from the Home Office.

A human error led to major blunder when thousands of criminal records were deleted last week.

Criticising his opposite number, Mr Johnson has accused Sir Keir of failing to listen to his questions when answering questions on the issue. 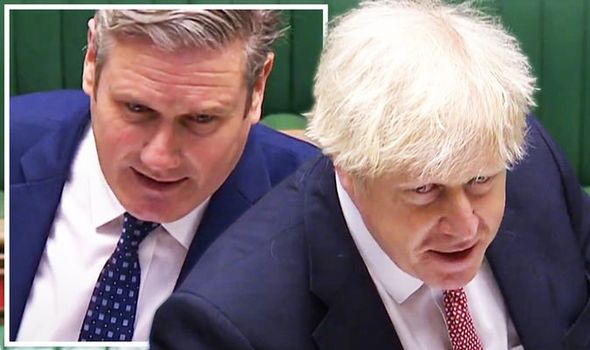 Labour frontbenchers are pushing the party line on social media and attacking Boris Johnson for his performance at PMQs.

David Lammy says: “At #PMQs Boris Johnson admits he has no idea how many criminal investigations will be jeopardised by the mistaken deletion of 400,000 criminal records. Victims have been woefully let down by this government’s incompetence.”

Meanwhile, Labour’s deputy leader Anglea Rayner writes: “The only ‘feature’ of #PMQs is @BorisJohnson not answering the questions,”

In an embarrassing moment for the SNP’s leader in the House of Commons, he appears to have accidentally been muted before he can ask his second question to the Prime Minister.

Speaker Lindsay Hoyle has had to one on to the next MP. 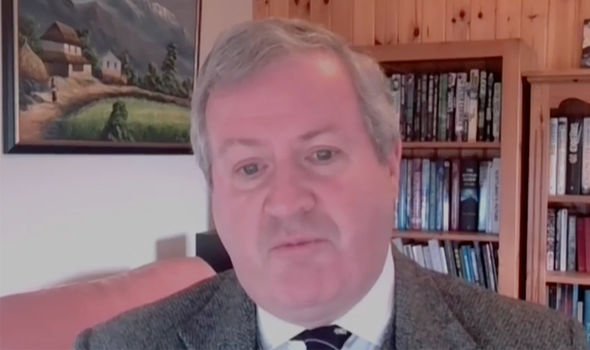 The Prime Minister defends his response to the coronavirus crisis after Sir Keir criticised the failure to shut the UK’s borders more quickly.

His question came after emerged after Home Secretary Priti Patel said at a Conservative Party meeting last night that she was overruled on tightening measures on those entering the country when she suggested it last spring.

The Laboue leader asked: “Last night, the Home Secretary told a Conservative Party event ‘on whether we should have closed our borders earlier, the answer is yes. I was an advocate of closing them last March’.

“Why did the Prime Minister overrule the Home Secretary?”

Mr Johnson takes aim at Sir Keir by accusing him of flip-flopping on his stance on coronavirus restrictions.

He says: “I think it was in March that the honourable gentleman along with many others was saying that we didn’t need to close borders – but as usual, Captain Hindsight has changed his tune to suit events.

“It’s interesting that his first few questions were about a computer glitch in the Home Office – we’re in the middle of a national pandemic and this country is facing a very, very grave death toll… that’s why we’ve instituted one of the toughest border regimes in the world.

“He campaigned on the Labour manifesto to get back to free movement!” 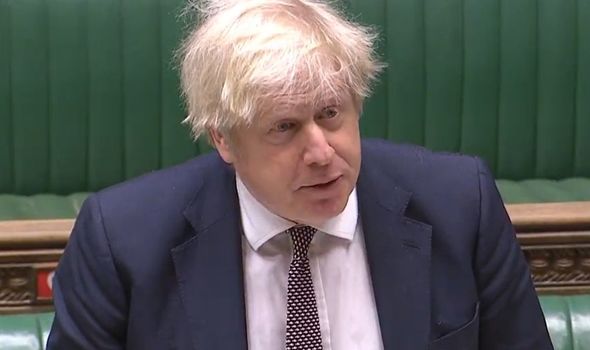 The Opposition leader has said Mr Johnson’s last answer did not address his query, describing it as “a very basic question”.

He adds: “It is the first question any Prime Minister would ask – how many criminal investigations have been damaged?

“Let me ask the second basic question: how many convicted criminals have had their records wrongly deleted?”

Hitting back, Mr Johnson replies: “I answered the first question entirely accurately. We don’t know how many cases have been frustrated.”

The Labour leader has chosen to ignore coronavirus for his first question to Mr Johnson, instead asking the Prime Minister about a Home Office blunder last week that saw criminal data accidentally deleted.

“Can the Prime Minister tell the House how many criminal investigations could have been damaged by this mistake?”

Ahead of this afternoon’s inauguration, the Prime Minister has welcomed Joe Biden to his new role and said he is looking forward to working with him in the years to come.

Speaker Lindsay Hoyle is a stickler for punctuality, but five minutes past its official start time and we are only just starting.

11.57am update: Boris Johnson hiding behind the Speaker’s chair

Mr Johnson has entered the House of Commons and is currently waiting behind the Speaker’s chair for the current session to end before taking his place on the green frontbench.

Just half an hour until Boris Johnson and Keir Starmer come face-to-face for their weekly spar in the ring.

You can expect plenty of optimism from the Prime minister over the UK’s jab programme.

Any criticisms from the Opposition will likely to shrugged off by Mr Johnson who will accuse Labour of making a bad news story out of Britain’s success.

There has been widespread anger the UK has failed to close its borders during the pandemic and taken so long to introduce compulsory Covid test for those on flights.

This morning Ms Patel admitted she had pushed for Britain to take action last March but was overruled by the Prime Minister.