The UK Government has been accused of “not caring” about the views of Scotland during Brexit negotiations. SNP MP Pete Wishart launched a scathing attack in the House of Commons as he claimed that the uncertainty surrounding the UK’s EU exit will negatively impact Scotland. Paymaster General Penny Mordaunt hit back at these claims, sparking a burst of laughter from Conservative MPs as she did so. 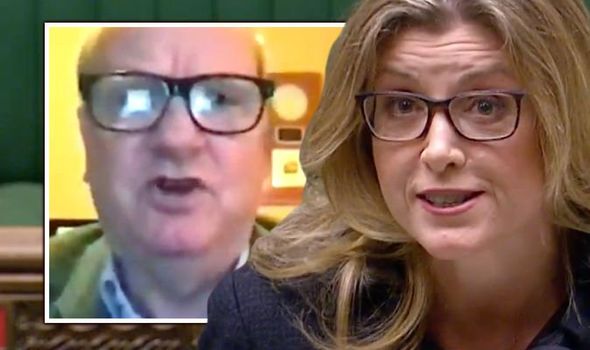 As she rose to respond to Mr Wishart, the Cabinet Minister could be heard laughing.

She joked: “I think the Honourable Gentleman has surpassed himself today.

“I have worked hard with Mike Russell and other colleagues in ensuring that their views are taken up by the negotiating team.

“Throughout the talks, the position has evolved to take up many aspects of what his colleagues have been asking for.”