Alex Salmond: John Curtice predicts what could happen to SNP

The First Minister has repeatedly expressed her desire to rejoin the EU if she won a second independence referendum. And with her SNP party polling at around 50 percent of the Scottish electorate, a majority in Holyrood will see her try and force a second ballot from Boris Johnson.

Her main argument for a second “one in a generation” vote in seven years is that Brexit has changed everything.

But, while voicing her “deep regret” about the British people exercising democracy, she has barely mentioned the financial implications of leaving the UK’s common market.

Trade modellers from the London School of Economics say succession would eventually slash income per capita in Scotland by as much as 8.7 percent.

This is more than four times Brexit’s anticipated long-term hit of 2 percent. 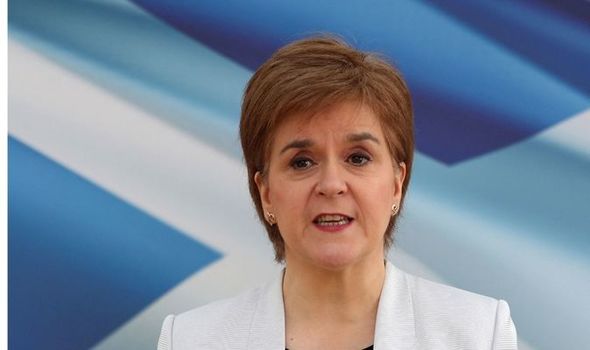 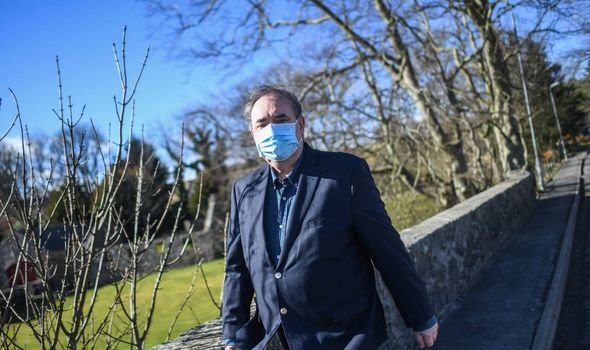 David Phillips, associate director of the Institute for Fiscal Studies, told the Telegraph: “The received wisdom sometimes in Scotland seems to be that because Brexit is bad, Scexit and reversing leaving the EU would be good economically.

“I am not sure that is true, certainly in the short to medium-term.

“With a reasonably hard version of Brexit there is almost a choice – do you be part of the UK single market or the EU’s single market?”

He went on to explain that Brexit, a Covid-induced recession and a plunge in the price of oil has radically shifted Scotland’s position from 2014. 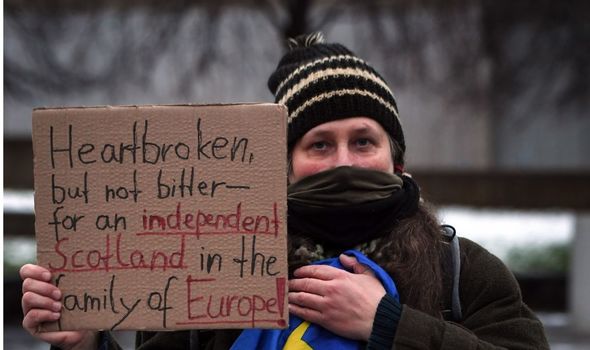 All this makes the prospect of independence significantly more challenging, he said.

This is because Scotland’s economy imports and exports goods and services each equivalent to around 60 percent of its GDP.

Data shows that its trades about three to four times as much with the rest of the UK as it does with the EU.

Rejoining the EU would, therefore “do little to mitigate the costs of Scottish independence”, according to LSE. 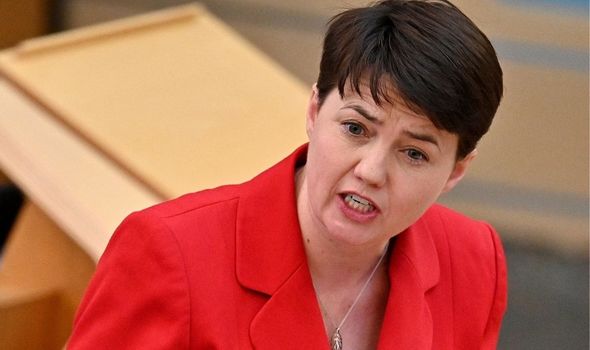 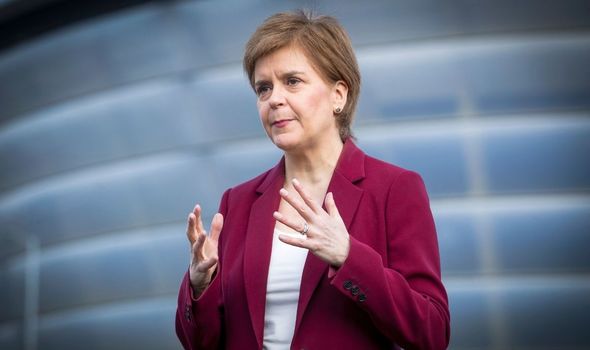 They predicted it would reduce the fall only slightly to between 6.3 percent and 7.6 percent.

And any benefits would only be reaped over the long-term, they said.

Hanwei Huang, one of the report’s authors, says disentangling the Scottish economy would likely prove more complicated than Brexit.

“It probably would depend on the future relationship between the UK and the EU,” he says.

“For example, if the UK and EU has a closer relationship, probably it is more attractive for them to stay in the UK.”

Dividing the UK’s debt, which has skyrocketed during Covid, between Scotland and the rest of the UK would be an equal challenge, they said.

And with the low oil prices likely to remain, Scotland looks set to continue spending more than it earns for the foreseeable future, they added.

This would make investors less likely to lend it money, and the ones that did at higher interest rates than the UK enjoys, experts said.