Indeed, of the 2,000 surveyed for the poll, 47 percent said Mr Johnson would make a better Prime Minister than Sir Keir.

Just 33 percent voted in favour of the Labour leader as the Prime Minister saw an increase of 14 percent from February 15.

Overall, the Tory party also saw an increase of two percent to 43 while Labour fell by one percent to 37. 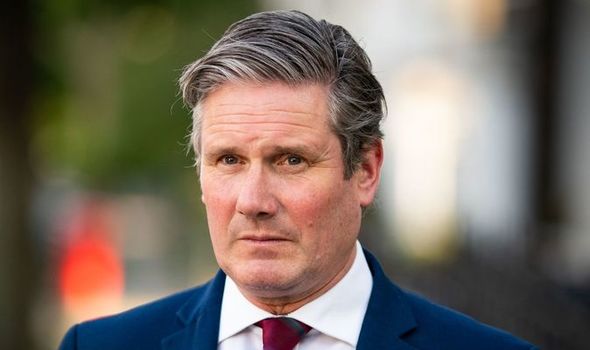 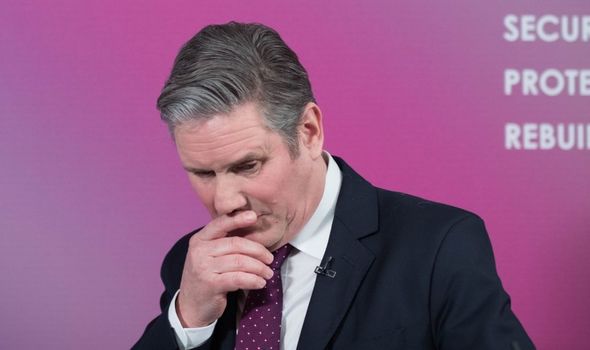 According to the survey, of those asked, 41 percent claimed Chancellor Rishi Sunak would be a better Prime Minister than the Labour leader.

That is seven percent ahead of Sir Keir who registered 34 percent on the week ending February 15.

As well as the announcement of the coronavirus roadmap, the Prime Minister has been buoyed by the successful vaccine programme across the country.

As of February 22, Government figures show 17,916,181 people have now been offered a first shot of the jab. 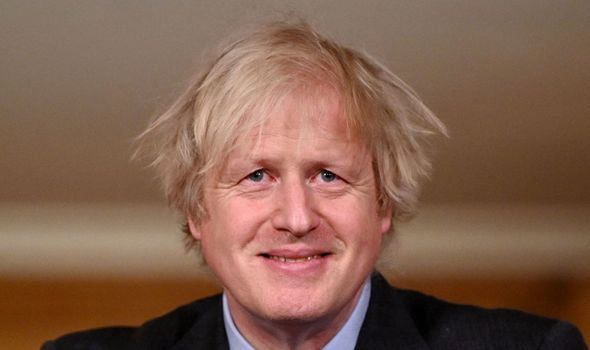 In a separate poll from Britain Elects, Mr Johnson’s own approval rating has increased in the last week.

In their poll tracker, on February 22 the Prime Minister was found to have an approval rating of 35.9 percent in contrast to Sir Keir’s 31.3.

Although the vaccine rate has surged in the UK, there have been fears over issues to future supplies.

Speaking to LBC on Tuesday, Mr Hancock said: “It’s all about the supply. 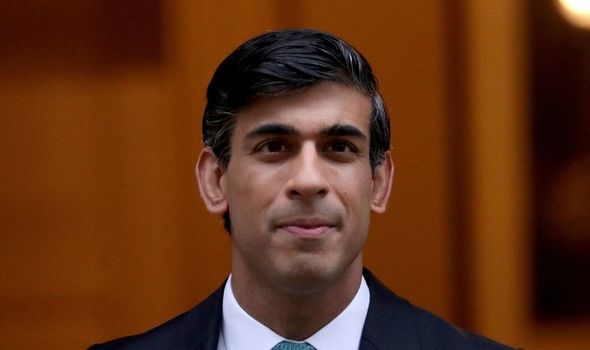 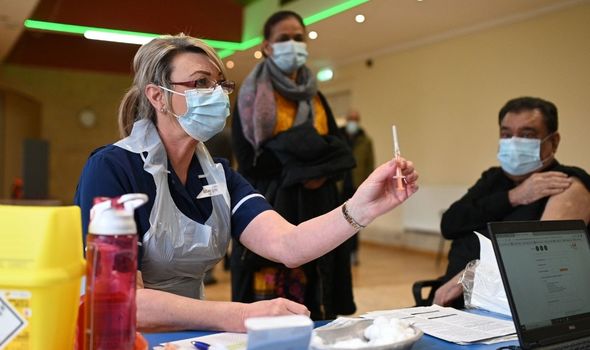 “We have got a quieter week this week and then we’re going to have some really bumper weeks in March.

“It’s about the supply schedules, we have seen ups and downs in the delivery schedule.”

Despite Mr Hancock’s claims, the Government has maintained there are sufficient supplies to push on with vaccinations.

A spokesman for the Prime Minister said in response: “As we said from the start, there will be daily fluctuations in the number of people who receive it day on day, but you are aware of our target to vaccinate all those within the first phase by mid-April.

“We are confident in our supply to be able to do that.”

As part of Mr Johnson’s roadmap, the Government hopes to have every adult vaccinated by the end of July.

The Prime Minister also moved forward the target for vaccinating all over-50s to April 15. 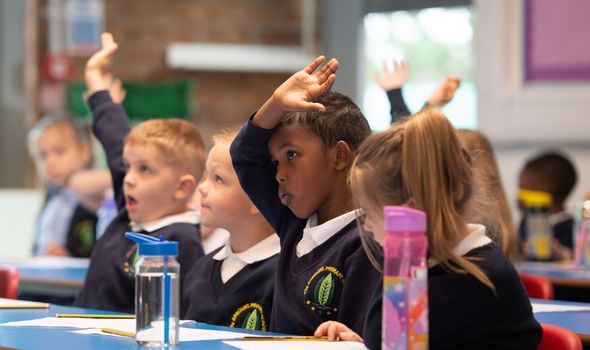 He said: “We will now aim to offer a jab to every adult by the end of July, helping us protect the most vulnerable sooner, and take further steps to ease some of the restrictions in place.

“But there should be no doubt: the route out of lockdown will be cautious and phased, as we all continue to protect ourselves and those around us.”