Nigel Farage forecast the United Kingdom will ultimately succeed in securing a Brexit trade deal with the European Union after months of uncertainty about the future relationship with the bloc. The Brexit Party leader however warned Boris Johnson could be in for “more battles” should his deal fail to meet the expectations of Brexiteers across the UK. Speaking to Sky News’ Sophy Ridge, Mr Farage said: “Some of the comments from Ursula von der Leyen yesterday, reminding Boris Johnson and the Government that we did sign a new European treaty last year called the Withdrawal Agreement…I sense there will be a compromise.

“I sense there will be a deal before the end of the year and it’s one that will not fully satisfy many Brexiteers.”

Asked whether an unsatisfactory deal could propel him back into the political scene, Mr Farage said: “Let’s see where we go with this.

“But if they completely drop the ball on Brexit, if we finish up stuck with the level playing field, unable to be competitive, then there are more battles to be fought.”

The comments come after the Prime Minister and European Commission President Ursula von der Leyen assessed the state of the negotiations, agreeing “it’s important to find an agreement as a strong basis for a strategic relationship”.

JUST IN: Raise YOUR standards EU! UK issues BLOCK warning in brutal slap down for Brussels 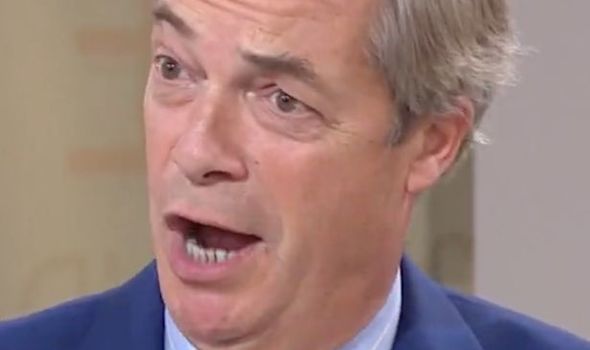 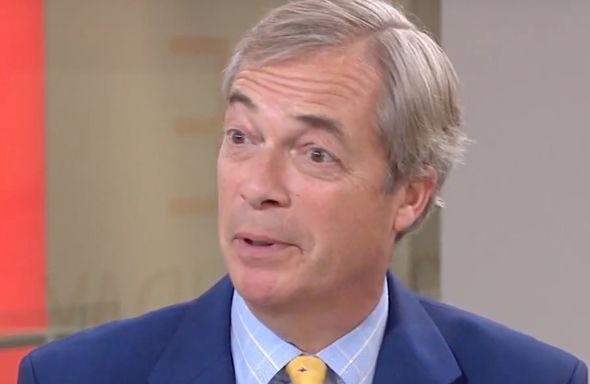 The Prime Minister and Commission President ordered their negotiations to work “intensively” over the next two weeks to work out the remaining differences preventing agreement on a trade deal.

Lord Frost, the UK Government’s negotiator, confirmed in a tweet following their statement that he and Michel Barnier will “begin as soon as we can next week.”

The positive outlook comes days after Mrs von der Leyen confirmed the Commission had launched legal proceedings against the UK over a perceived breach of the Withdrawal Agreement.

Brussels claims the Internal Market Bill the Government tabled last month would override the Northern Ireland clause contained in the Brexit deal in the event of trade negotiations concluding in a no deal scenario.