First Minister Nicola Sturgeon has misled Holyrood an inquiry into Alex Salmond has found. Holyrood’s harassment committee has reached a conclusion ahead of its publication of a final report, with MSPs voting on an account given by Ms Sturgeon during a live investigation.

MSPs on the Scottish Government Handling of Harassment Complaints Committee voted 5 to 4 that Ms Sturgeon gave an “inaccurate” account of a meeting with her predecessor Alex Salmond during the live investigation.

This vote suggests Ms Sturgeon misled the committee itself and, as a result, misled parliament and potentially breached the ministerial code of conduct.

Now Ms Sturgeon is likely to face calls to resign ahead of May’s elections.

A Scottish Parliament spokeswoman said the committee is still considering its report, which is expected to be published in the coming days. 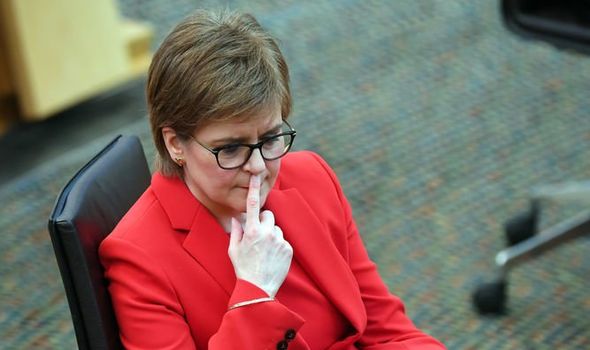 “It is clear from past public statements that opposition members of this committee had prejudged the First Minister at the outset of the inquiry and before hearing a word of her evidence, so this partisan and selective briefing – before the committee has actually published its final report – is hardly surprising.

“The question of the First Minister’s adherence to the ministerial code is being considered independently by James Hamilton and we expect to receive and publish his report soon.”