But the F.B.I. is still using residual authority to obtain business records under a partly expired Patriot Act provision, a new report showed. 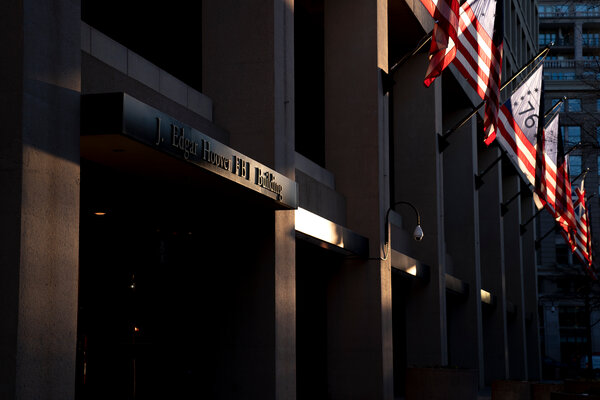 WASHINGTON — The number of people targeted by the F.B.I. for court-approved searches and surveillance in terrorism and espionage investigations dropped sharply in 2020, a report released Friday said, amid the pandemic and the continuing political and legal fallout from the F.B.I.’s botched use of its eavesdropping power in the Trump-Russia investigation.

There were just 451 targets of wiretap and search warrants obtained under the Foreign Intelligence Surveillance Act, or FISA, in 2020, according to the newly declassified report by the Office of the Director of National Intelligence.

That was the lowest number of FISA targets in the eight years that the office has been releasing annual transparency reports disclosing statistics about the government’s use of national-security surveillance powers. The number of targets of FISA warrants peaked in 2018 with 1,833; dropped significantly in 2019 to 1,059; and then plunged again.

The two-year drop in targets starting in 2019 corresponded with scorching political scrutiny on the F.B.I.’s use of FISA to wiretap a former Trump campaign adviser with close ties to Russia, Carter Page. In late 2019, an inspector general further unveiled serious flaws in applications for those wiretaps, and a follow-up audit of unrelated cases found pervasive sloppiness in the F.B.I.’s preparations to seek FISA orders.

The problems led both the F.B.I. and the Foreign Intelligence Surveillance Court to impose new bureaucratic restrictions on the process that played out in 2020 — like requiring officials to swear that applications to the court contain “all information that might reasonably call into question the accuracy of the information or the reasonableness of any F.B.I. assessment in the application, or otherwise raise doubts about the requested findings.”