WASHINGTON (Reuters) – Senior Democrats and Republicans said on Tuesday they were close to a deal on a $2 trillion coronavirus economic stimulus package, raising hopes that the divided U.S. Congress could soon act to try to limit the pandemic’s economic fallout. 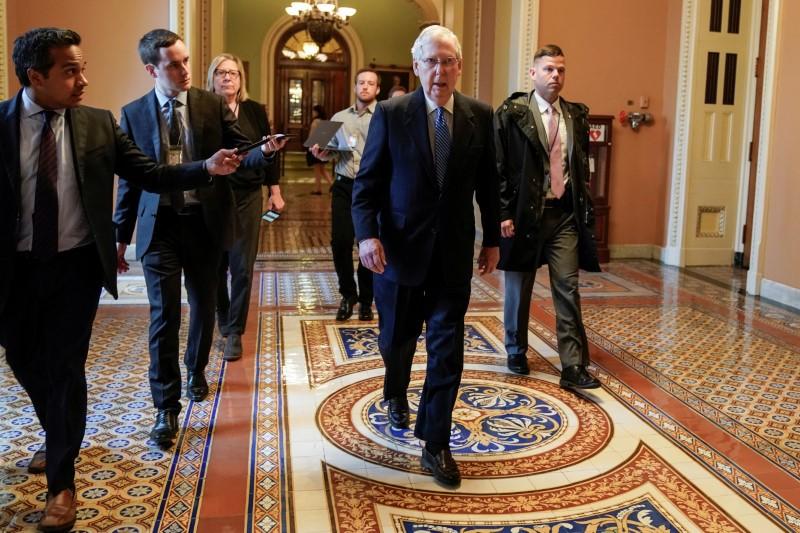 “At last, I believe, we’re on the five-yard line,” Senate Majority Leader Mitch McConnell said, using a football analogy meaning close to scoring, as the chamber opened its session on Tuesday morning.

“We are very close,” added McConnell, the top Republican in Congress.

“I think there is a real optimism that we could get something done in the next few hours,” Pelosi told CNBC.

Steven Mnuchin, President Donald Trump’s treasury secretary, told reporters that lawmakers hope to have a draft ready within the next two to three hours. He confirmed the changes to the industrial fund.

Along with the industrial aid, the bill would send direct payments of up to $3,000 to millions of U.S. families at a cost of $500 billion. It also would provide $350 billion for small-business loans, $250 billion for expanded unemployment aid and at least $75 billion for hospitals.

Democrats have twice blocked attempts to advance the bill, saying it did not provide enough money for states and hospitals, lacked sufficient aid for unemployed Americans and did not include adequate supervision of a massive fund to aid big businesses.

Those concerns appear to have been addressed.

“I’m very optimistic that there will be a deal announced this morning,” Democratic Senator Chris Coons said on MSNBC.

Wall Street bounced from three-year lows on Tuesday on hopes that the Senate might be close to ending its standoff on the legislation.

Trump, seeking re-election on Nov. 3, has said he may ease a public-health clamp-down that aims to slow the spread of the virus in an effort to quickly restart the economy. Other officials warned that such an action could compound the damage.

‘ALL OF THE NONSENSE’

Republicans, Democrats and top Trump aides have negotiated for days over the package, which would be the third and largest passed to address the crisis if it is backed by both the Republican-majority Senate and Democratic-led House and signed by the Republican president.

The money at stake in the stimulus legislation amounts to more than the U.S. government spends on national defense, scientific research, highway construction and other discretionary programs.

“Congress must approve the deal, without all of the nonsense, today. The longer it takes, the harder it will be to start up our economy,” Trump wrote on Twitter on Tuesday.

The coronavirus pandemic has killed more than 550 people in the United States and sickened more than 43,800, shuttered thousands of businesses, thrown millions out of work and led state governors to order about 100 million people – nearly a third of the nation’s population – to stay at home.

Pelosi has introduced her own $2.5 trillion counterproposal that also includes $4 billion that would allow states to conduct the November presidential and congressional elections by mail.

That legislation would likely be irrelevant if a bipartisan deal is forged in the Senate. 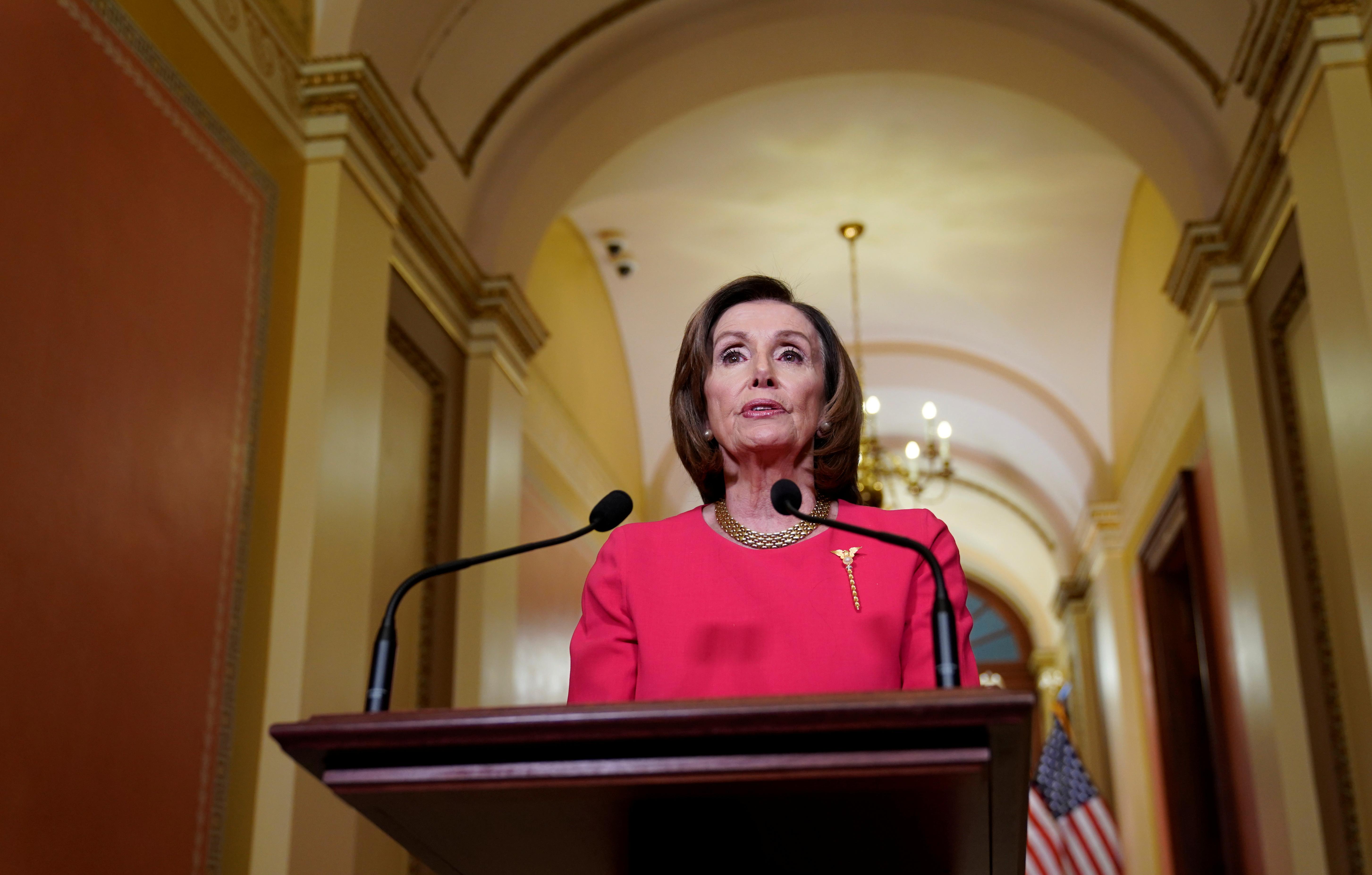 Republicans normally hold a slim 53-47 majority in the Senate, meaning they need Democratic support to garner the 60 votes required to advance most legislation.

But the coronavirus has affected their ranks, giving Democrats more leverage. Republican Senator Rand Paul has tested positive for coronavirus and four other Republicans are also unable to vote because they were exposed to Paul or others with the virus.