The results for the first round of regional elections in France are coming in fast after voters set off to the polls at the weekend. The vote was expected to be a major test of Emmanuel Macron’s Government, with Marein Le Pen expected to see some gains. But the votes have been significantly lower than anticipated.

Mr Macron is the leader of the current party in power in France, La République En Marche! (LREM), a centrist party.

They are projected to get enough votes, at least 10 percent, to take part in the second round next weekend.

Ms Le Pen’s far-right National Rally party was expected to take a lead in the first round of polling on Sunday.

They were expected to win at least one region for the first time, but it now looks like the party will come second – falling woefully short of expectations. 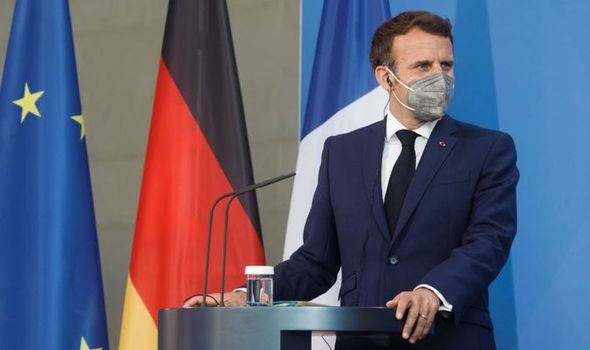 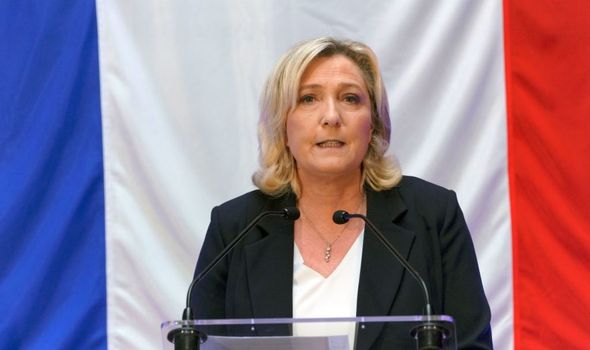 What are the regional elections?

The French are voting in their new councils for France’s 12 mainland regions, the island of Corsica, plus four overseas, as well as 96 departments.

These are huge elections, with more than 15,700 candidates standing for 4,100 seats.

An exit poll by Ipsos forecasts the conservative Les Républicains will win 27 percent of the vote.

National Rally is expected to come second with 19 percent while the Greens, the Socialist Party and Mr Macron’s La République En Marche (LREM) are all on 11 percent. 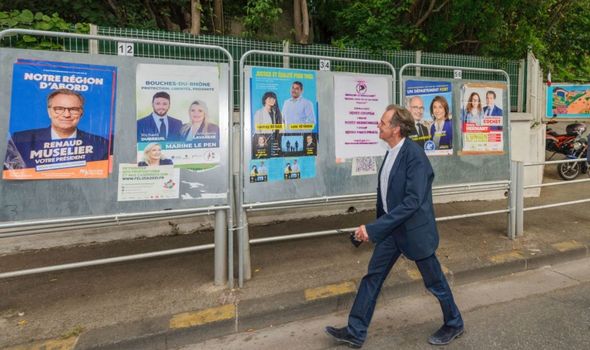 LREM’s polling is a huge blow to Mr Macron as he gears up to try and retain his position.

The next presidential elections are less than a year away and with Mr Macron’s party doing so badly in these large regional elections, does this mean LREM has been a fad that has run its course?

In the UK local elections are sometimes used as protest votes, are these regional elections in France the same?

Or is this a sign of things to come and is Mr Macron on track to lose his Presidency next year? 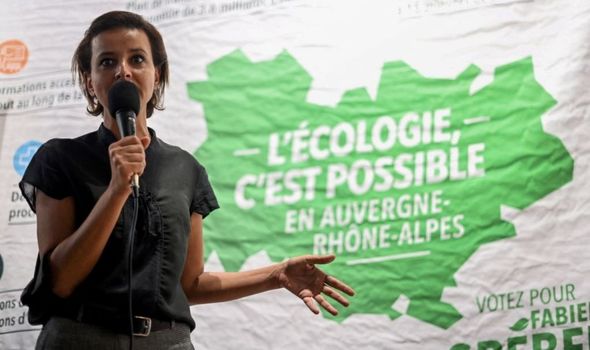 Despite poor performances from both LREM and National Rally polls show that next years elections are likely to be a repeat of the 2017 fight between Macron and Le Pen, the lack of votes cast for both Mr Macron and Le Pen’s parties in Sunday’s regional votes could have been due to the record low voter turnout across the nation.

An exceptionally poor performance by LREM has been attributed to voters punishing President Macron and the current ruling party by protest voting.

The regional results are not considered to be a sign of things to come, however, so they do not necessarily indicate who is most likely to win the presidential vote next year.

The fight for Presidency will still be between Le Pen and Macron as expected, but this time the gap between the two is expected to be tighter.