Across Europe, the coronavirus pandemic forced one of the most intense periods of state intervention seen in decades. France was one of the countries best prepared to act, given its long history of economic state intervention and the strong ties between bureaucracy and industry. However, the country’s national debt is now expected to reach unprecedented levels this year.

A jaw-dropping map put together by the International Monetary Fund (IMF), shows that as of 2021, French government debt reached an equivalent of 118.6 percent of French GDP.

Economists have warned this number is expected to get worse, reaching 120 percent by the end of the year.

The IMF figures reveal France’s debt is also running behind Brexit Britain’s, which stands at 111.5 percent.

Mr Macron said the additional “Covid debt” would be corralled in a separate account and paid down over the very long term. 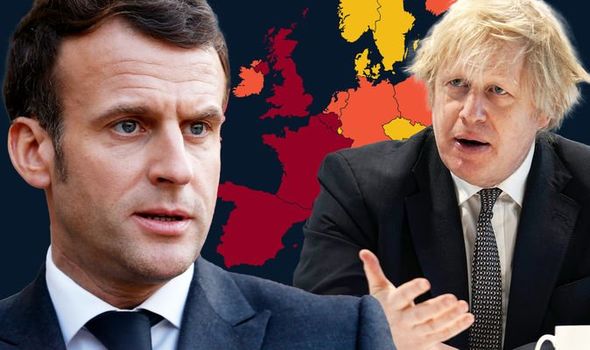 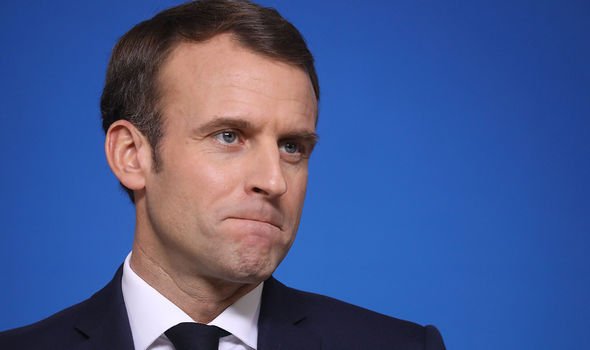 However, while financing debt is not a problem for France, the burden and high pre-crisis levels of public spending do narrow Mr Macron’s scope for manoeuvre.

European affairs journalist Paul Taylor wrote in his piece for POLITICO: “Whatever path he chooses will be the result of difficult economic choices.

“Macron will need an economic miracle, and a lot of luck with the pandemic, to keep his crown, and keep France, out of Le Pen’s hands.”

While the UK Government also has to deal with record levels of national debt, the British situation appears rosier.

The UK’s spending to fight the coronavirus pandemic pushed the public finances £19billon further into the red in February.

With the third lockdown in its second month, the Office for National Statistics (ONS) said public sector borrowing was £19.1billon in February, £17.6billon more than in the same month last year and the highest February borrowing since monthly records began in 1993. 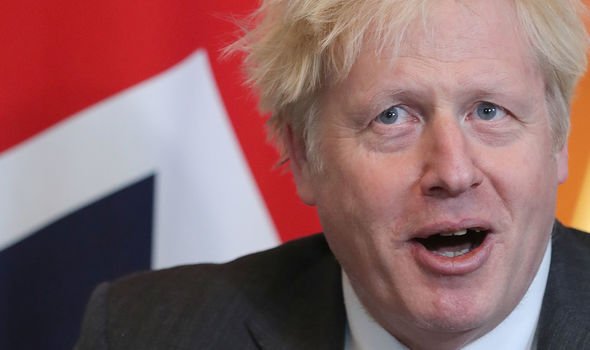 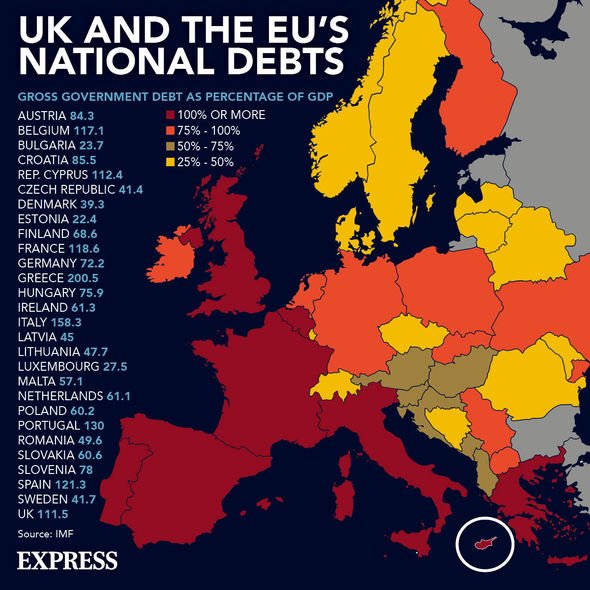 The ONS data showed that Government borrowing was on course to match the Office for Budget Responsibility’s forecast for the 2020-21 financial year of £355billon.

However, the figures for the public finances also appeared to confirm that economic activity held up strongly during the third lockdown and the recovery will be faster than the OBR expects, meaning borrowing could be lower than it is forecasting when the full year figures are confirmed.

Moreover, a major think tank has said Britain’s economic recovery will far outpace the eurozone’s this year as the world-leading NHS vaccine rollout triggers a quick return to normality.

The Organisation for Economic Co-operation and Development (OECD) now expects UK growth of 5.1 percent this year – a major upgrade from its prediction in January when it forecast growth of 4.2 percent.

This prediction is more positive than the Office for Budget Responsibility’s estimates of four percent in this month’s Budget and could pile pressure on Chancellor Rishi Sunak to reconsider a programme of punishing tax hikes, experts said. 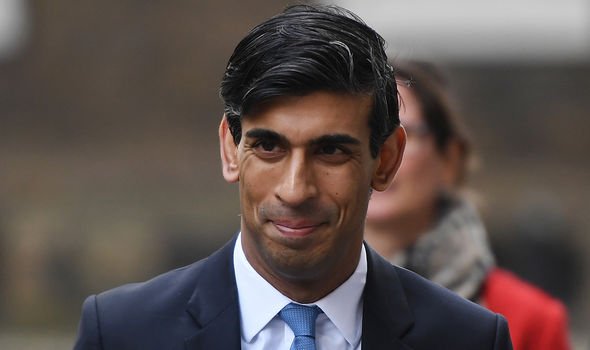 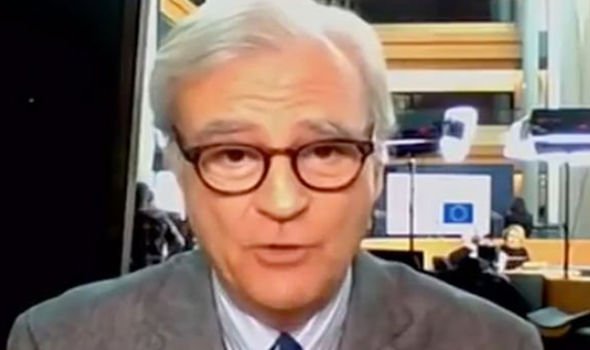 Meanwhile, the Paris-based OECD only expects eurozone growth of 3.9 percent – a hike of just 0.3 points from previous forecasts – after the bloc’s vaccine programme failed to take off.

In an exclusive interview with Express.co.uk, Italian MEP Antonio Maria Rinaldi praised Brexit, as he echoed the think tank’s claims.

He said: “The UK left the EU, so Brussels is doing whatever it can to discredit whatever Boris Johnson does.

“But look at the vaccine rollout in Britain… Johnson is miles ahead.

Mr Rinaldi added: “Because of this complete disaster, the EU will be the last one to leave the state of emergency.

“We will pay both in terms of death and economic recovery.

“Britain will recover much quicker and it’s all thanks to Brexit and its regained sovereignty.”